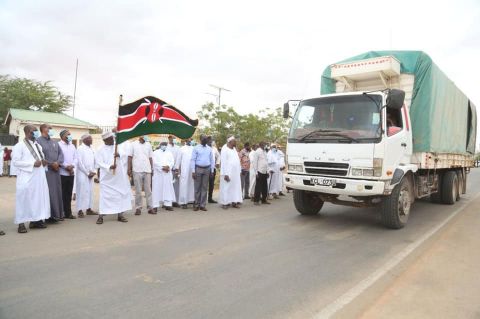 The deputy governor regretted the disruptions of the traditional way of life for many pastoralists. The drought has pushed many people with no livelihoods to towns.

Over time, the vulnerable communities in both urban and rural areas in need of support during drought periods have grown.

"Consequently, we need to be ready all the time to overcome this sad reality,” Arai said.

On September 8, President Uhuru Kenyatta declared the drought situation affecting arid and semi-arid counties a national disaster after several appeals from the leadership of the affected counties.

Roba said many a time the government releases funds and other essentials to assist residents but they never get to the intended persons.

He regretted that residents, who mostly depend on livestock, continue to be victims of climate change, something that has seen pastoralists lose animals and families and face an acute water and food shortage.

The situation was aggravated by three successive failed rain seasons and compounded by dessert locust invasion that wiped out vegetation.