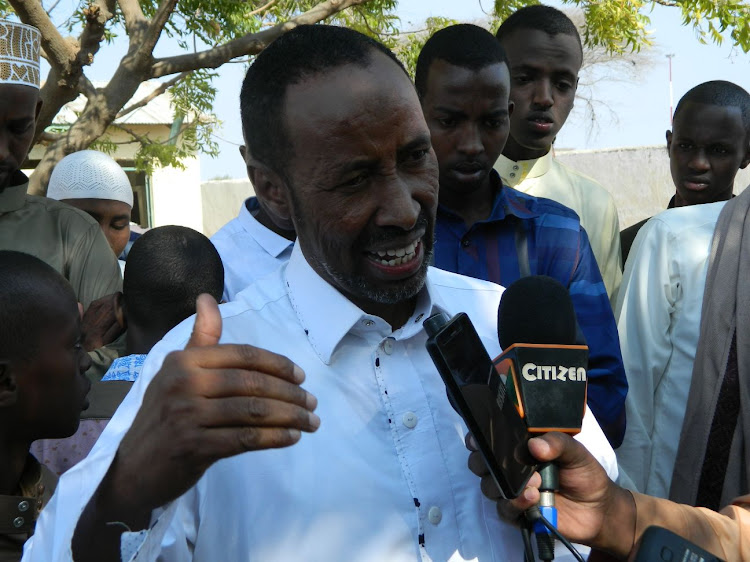 A teachers union wants the government to fast-track the release of bursaries and provide food to underprivileged children in northern Kenya as schools reopen.

Failing that, there will be a high number of school dropouts, The Kenya National Union of Teachers said.

Garissa Knut executive Abdirizack Hussein told the press on Wednesday that the majority of parents depend on the livestock trade to raise school fees. This has, however, been a challenge given the ongoing drought.

“Surely, where do you expect such a parent to get the money to pay schools fees?” he asked.

Hussein said most students come from very humble backgrounds and if they are not supported with bursaries, their chances of dropping out of school are high.

He also called on the state to move with speed and release the capitation funds to enable school heads to buy food for their leaeners, failing which running of the schools would be impossible. 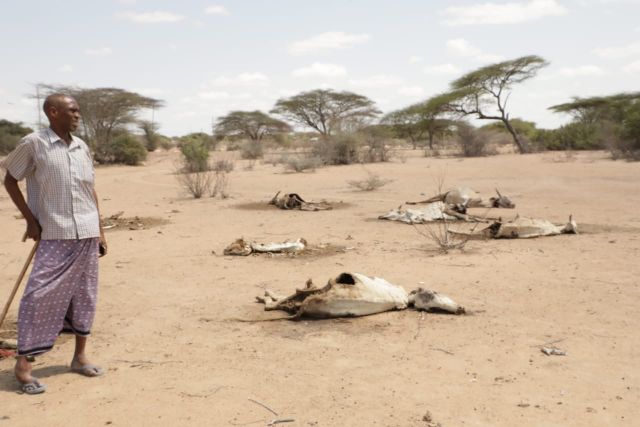 DROUGHT: A visibly saddened herder from liboi subcounty, Garissa looks at the carcasses of his animals that have died as a result of the ongoing drought.
Image: STEPHEN ATARIKO

Last month, Devolution CAS Abdul Bahari said the state would soon start issuing bursaries to children from the nine subcounties of Garissa whose families had been hit hard by the current drought.

He said the process of identifying the families was ongoing.

The CAS said local administrators would work closely with village elders to ensure the neediest receive the bursaries.

“As you are aware, our communities largely depend on livestock for their livelihoods, which have since been adversely affected by the current drought. Some of these families have children who were supposed to be joining secondary school,” Bahari said.

“Such families have to be assisted, otherwise, they won't be able to take their children to school. As a government, that is what we are trying to avoid. We want 100 per cent transition.”

The National Drought Management Authority said the overall security situation is critical and rains have failed for two successive seasons.

Surface water sources have dried up, putting pressure on boreholes throughout the county.