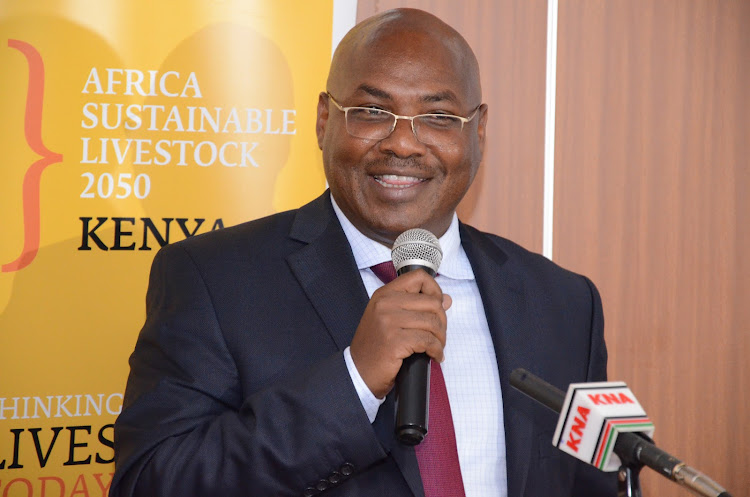 The much-awaited livestock off-take programme has begun in Marsabit as the government seeks to cushion pastoralists against the effects of the severe drought.

The national livestock off-take programme, which was officially launched by State Department of Livestock Principal Secretary Harry Kimutai in Maikona ward, would also be undertaken in nine other counties.

Kimutai said the livestock industry is a state priority and Sh450 million has been set aside for the exercise that would be carried out in phases.

The PS assured livestock farmers in the affected regions that more funds would be allocated in case the dry spell persisted.

He added that weak livestock will be bought from farmers for slaughter at the Kenya Meat Commission to boost up the national food reserve.

Livestock traders in Asal areas were asked to seize the opportunity by buying animals and selling to KMC for sustained business.

National Treasury CS Ukur Yatani, who graced the occasion, termed drought the major hurdle in the growth of arid areas.

KMC has already purchased 5,200 livestock that includes goats, sheep and cattle at a cost of Sh40 million from residents of Maikona ward alone.

KMC director James Githange disclosed that the government was targeting to purchase between 11,000 to 12,000 livestock in the ten counties in the first phase of the programme.

Buying centres would be stationed in the subcounties. He urged willing pastoralists to register with the relevant authorities.

Marsabit county commissioner Paul Rotich said the county has a huge potential as it produces the largest stock of sheep and goats in the country.

Rotich added that the government was keen to regulate the meat market in order to ensure that livestock farmers benefited from their hard work not only within the country but foreign markets.

Post a comment
WATCH: The latest videos from the Star
by KNA by Sebastian Miriti
North Eastern
12 October 2021 - 22:00
Read The E-Paper