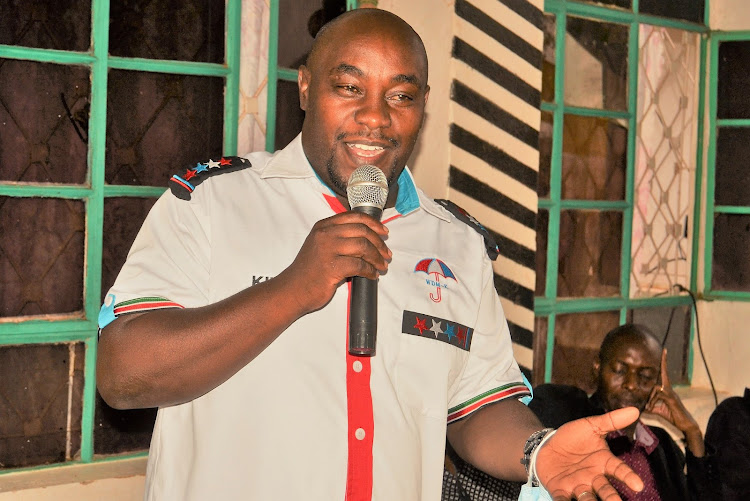 Kitui Senator Enoch Wambua has raised concern over the sluggish rate at which residents are registering as voters.

“The turnout is indeed worrying. At the newly created Ngomano polling station in Ngomeni ward in Mwingi North, there was no single registered voter by the time I visited at noon on Monday,” Wambua said in a text message on Tuesday.

He said he spent last weekend monitoring the voter registration drive in parts of Kitui and encouraged all eligible residents to enlist as voters.

He however said he was not amused with the extremely low turnout.

The duo joined Wambua in calling for an enhanced voter education campaign by IEBC to encourage more people to register.

The three leaders spoke in the wake of disclosure by the Independent Electoral and Boundaries Commission on Monday that at the end of week one of the Enhanced Continuous Voter Registration that commenced on October 4, only a paltry two per cent of the targeted 154,341 new voters had registered.

He further asked IEBC to change what he termed as a lazy strategy of having clerks idling at market centres and expecting people to spontaneously line up for registration without civic education on voter registration.

Kilonzo who is Kenya’s high commissioner to Uganda stressed the need for IEBC to conduct more civic education across Kitui and the country at large.

“It is important for people to understand the need to participate in choosing leaders and especially in times like this when we are struggling with bad governorship,” he said.

Kilonzo said his team had taken up the task of educating Kitui residents on the need to register as voters and expressed hope that IEBC was also doing its part.

“Our people also need to do their part and come out in large numbers and become part of the civic discourse of our county,” he added.

Mueke, a former Nairobi deputy governor, said IEBC was not doing enough to reach eligible voters across the county.

He blamed the low turnout on lack of adequate funding to IEBC by the Treasury.

“IEBC should be given sufficient financing to hire enough clerks and equipment so that voter registration can go on even in the remotest areas,” Mueke said.

He says he is actively asking all eligible people in Kitui to register as voters across social media and public places.