•The government has already spent more than Sh260 million on water and livestock feed. 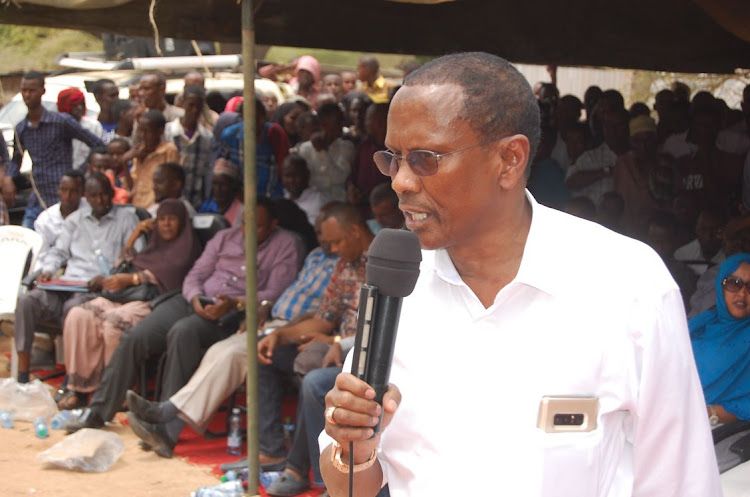 Lafey MP Abdi Mude has called on state and non-state actors to move with speed and salvage the drought situation threatening people’s lives.

He spoke on Sunday in Lafey while accessing the drought situation in his constituency.

Mude said it had become normal for animals to die saying urgent intervention was needed.

He said people have lost animals while waiting for food aid that had not reached them.

“The situation in my constituency is heartbreaking, animals are dying due to a lack of food and water. The government says it has released funds to address the situation but there is nothing,” Mude said.

He instructed the National Treasury and the Ministry of Interior to spearhead efforts to assist affected households.

Last week, the state launched a livestock feed distribution exercise to seven drought-stricken counties to avert deaths due to hunger.

The government has already spent more than Sh260 million on water and livestock feed. 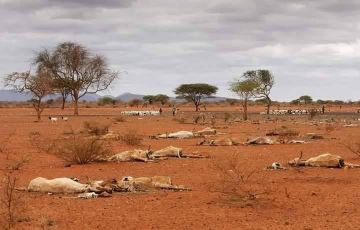 Mude said residents had continued being victims of climate change as dried pans had exerted pressure on permanent water sources resulting in over-concentration of livestock and humans causing breakdowns.

“I am appealing for more support from the government, NGOs and other well-wishers to help address the drought situation that is threatening to wipe away the few animals remaining and people who risk dying due to starvation,” he said.

“The county is overwhelmed, it can not do much with the limited resources they have.”

He also urged the government to reduce bureaucracy and ensure that aid quickly reaches people on the ground.

“Let us do things differently. Stop the bureaucracy and ensure that the little that comes from the government gets to the intended persons on time,” Mude said.

According to the National Drought Management Authority September report, about 80 per cent of cattle and camels and 30-40 per cent of sheep and goats, have either out migrated or moved to other areas within the county.