Some 12,000 bags have been flagged off to Lagdera 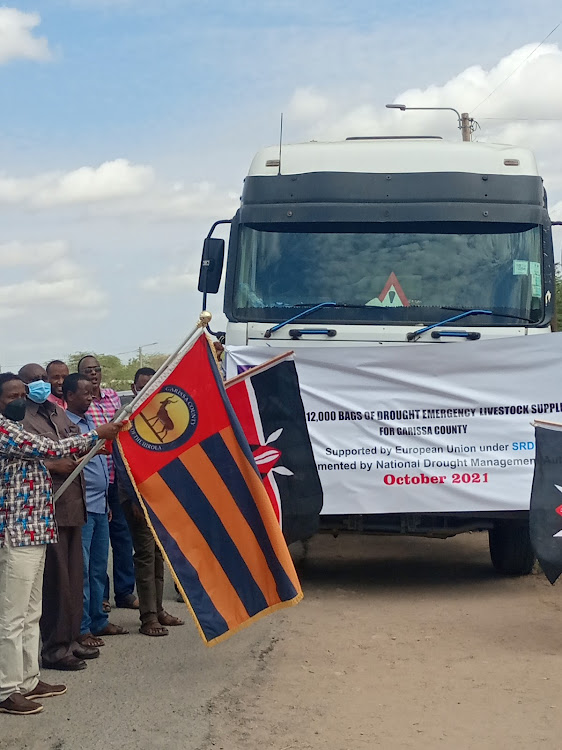 The state has launched a livestock feed distribution exercise to seven drought-stricken counties to avert death occasioned by hunger.

On Thursday, National Drought Management Authority contingency planning and response manager Saiyana Lembara flagged off 12,000 bags in Garissa, to be distributed to Lagdera. He said more consignments were on the way.

The feed is to be distributed in Garissa, Wajir, Mandera, Tana River, Isiolo, Marsabit and Samburu counties. The government has already spent more than Sh260 million on water and livestock feed.

Lembara said the livestock feed is highly nutritious and will go a long way in averting deaths. A bag can serve one cow for a month, making it very economical.

“The target is to reach every village, so the headers should rest easy knowing that help is coming their way,” he said.

Garissa deputy governor Abdi Dagane thanked the state and donor agencies for coming to their aid. He appealed for more help, noting that the county currently trucks water to 400 centres. 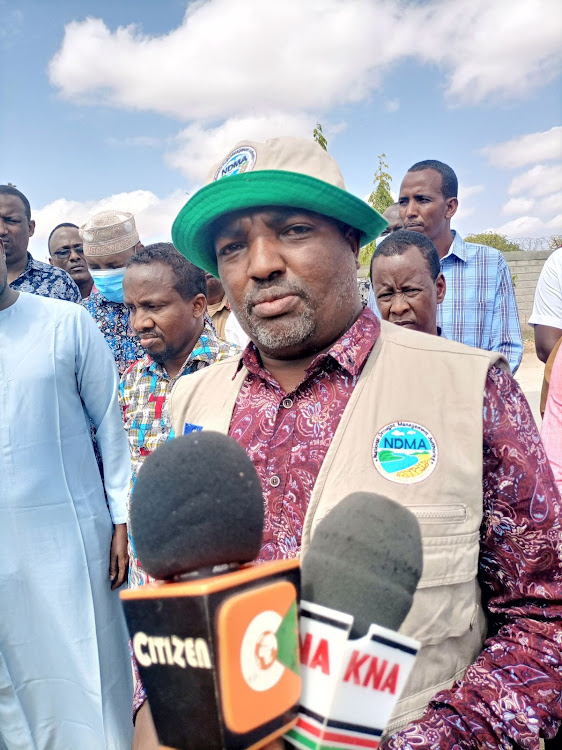 Kenya livestock marketing council chairman Dubat Amey called for accountability of the livestock feed, saying in the past such donations have not been reaching intended beneficiaries.

“This is a serious drought that not only touches on our livestock but also human lives. The last thing we want to hear is mismanagement in the exercise. We are calling for accountability of all resources,” he said.

“We are calling on the donors and other partners to temporarily suspend other activities and concentrate on fighting this drought. The magnitude and areas in need of help have been increasing.”

Last month, President Uhuru Kenyatta declared the drought a national disaster and directed the Treasury to assist the affected communities.

The overall food security situation in the county remains critical owing to the poor performance of two successive seasons.

All surface water sources dried up, putting a strain on the permanent sources such as boreholes.

According to NDMA's September report, about 80 per cent of cattle and camels and 30-40 per cent of sheep and goats have either out-migrated or moved to other areas within the county.