Dismisses as propaganda talk by two MPs that he is sympathetic to Ruto and UDA. 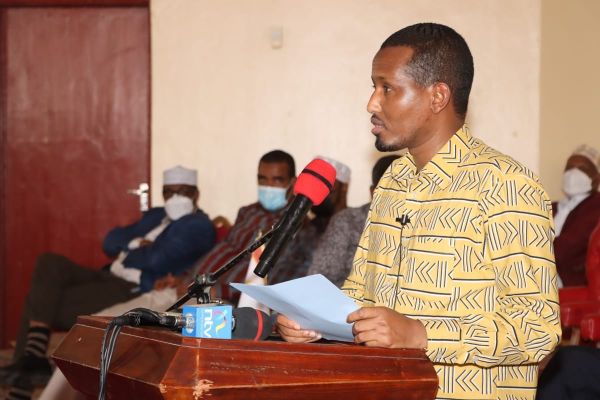 100 DAYS: Wajir Governor Ahmed Mukhtar at Wajir ICT Hall when he launched a report of his 100 days in office on September 12, 2021
Image: STEPHEN ASTARIKO

Speaking in Wajir town  when he launched a report of his 100 days in office, Mukhtar took issue with two local MPs he did not name for  spreading "lies" that he was sympathetic to Ruto.

“Ignore the desperate propaganda agenda by two Members of Parliament from Wajir county linking me to UDA after their foiled attempts to install a former governor in office. I was elected on a Jubilee ticket and so my loyalty remains with Jubilee Party and my party leader His Excellency President Uhuru Kenyatta,” the governor said.

He was referring to an incident last Tuesday when operations at the county headquarters were paralyzed after ousted Governor Mohamed Abdi stormed the offices and forced his way in, claiming to be the legitimate holder of the office. He was armed with a  court order that he claimed to have obtained.

Mukhtar described the attempts to link him to Ruto and subsequently oust him from office as desperate blackmail.

“I want to appeal to the residents not to fall for such theatrics. We have our very capable intelligence that knows where we are at any given time and they can as well conduct their investigations. Let's stop being petty,” Mukhtar said.

While calling for calm following tension that has characterized the county in the last few days, Mukhtar said his focus remains delivering services to the people of wajir.

“As Muslims, we strongly believe that leadership is ordained by Allah (SWT) and it will therefore be a transgression to defy the will of our Creator. We all have a role to play in reducing the unnecessary tensions and getting our great county back on development track,” Mukhtar said.

Outlining his achievements in the last 100 days, the governor said despite the challenges arising from inadequate funds, drought and Covid-19 pandemic, his government was able to fix some crucial services in the short period across the sectors. 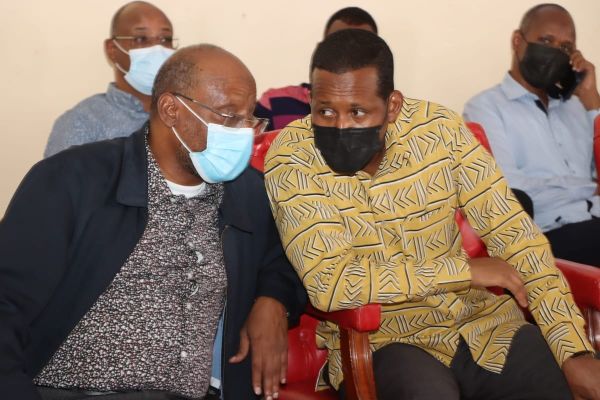 He said some of the key sectors which were ailing before and which his administration has been able to improve are healthcare and water.

“As we sit here today, we have managed to upgraded the power supply through installation of 1000KVA transformer and operationalised the oxygen plant. This will go a long way in helping our patients in need of oxygen,” he said.

He added: “In the water sector, we  have managed to invest in maintenance and refurbishment of dilapidated water supply systems. Some of the notable achievements are procurement and supply of 14 generator sets to different settlements across the six subcounties. The department also procured and delivered assorted fast moving borehole items for repair and maintenance of the existing boreholes across the county. The county is now water trucking to residents residing in water scarce centres as the drought escalates".

While congratulating him, Mukhtar urged his deputy to immediately get down to work, noting all the people ofWajir were yearning for services.