•There have been calls by Northern Kenya leaders asking the president to declare the drought that is currently ravaging the region a national disaster.

•Wamalwa said the national government has so far released Sh1.117 billion to cushion the vulnerable in Garissa, Wajir, Mandera and Isiolo. 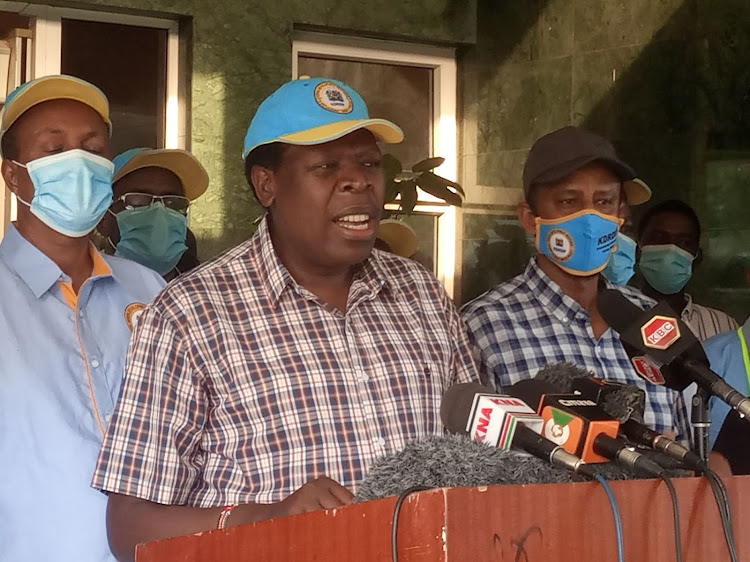 The national government has said at least two million Kenyans from 10 counties have been affected by drought.

Devolution CS Eugene Wamalwa said the government with the help of other state and non-state actors are working to cushion the affected families.

Speaking during a press conference at a Garissa hotel on Monday, he said the government was focused on enhancing access to water to residents, especially in the badly hit areas.

He had gone to monitor the drought situation and inspect projects by the Kenya Development Response to Displacement Impacts Project.

In a press briefing last week, the leaders led by Treasury CS Ukur Yatani said that although the ongoing drought has affected many parts of the country, it is worse in Northern Kenya.

In 2017 when the country experienced one of its worse droughts ever, the President declared it a national disaster.

However, Wamalwa said the current drought situation is still at the alert stage and under control.

Wamalwa who was flanked by top national government officials,  further said that so far no human life has been lost, saying drought is not like floods or other disasters that suddenly human life is lost.

“Drought is systematic and progressive. We are at the alert stage with 10 counties in that bracket including Garissa. We haven’t reached the alarm stage before we go into a full emergency,” he said.

The region is expecting the short rains in October, however, experts say they might be below average, something that will only make the already bad situation worse. 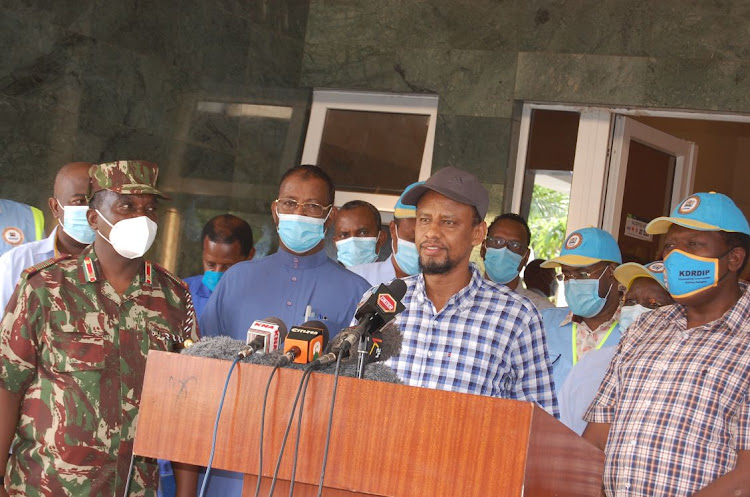 The CS said the government was fully aware of the minimal rainfall expected and more intervention including supplying feeds to pastoralists across the affected areas will soon commence.

“The national government has several interventions in place to address the drought situation in our country. We are not only looking at saving lives but also those of the livestock which are the main source of livelihood for the residents,” he said.

Wamalwa said the national government has so far released Sh1.117 billion to cushion the vulnerable in Garissa, Wajir, Mandera and Isiolo.

He said in the next two weeks, the state will be releasing an additional Sh558 million.

“The national government will be extending a helping hand of another Sh500 million to these counties, with the support from European Union,”  Wamalwa said.

He commended the efforts by the county governments in terms of drought intervention like water tracking, saying the national government will be extending a helping hand on the same.

Dadaab MP Mohamed Dahiye and his Fafi counterpart Abdikarim Osman urged the national government to scale up drought intervention and not wait to act when the situation is out of hand.