Funding will ease the compounded threat to food and nutrition security

• Current drought indicators showed about two million people in ASAL counties are in need of assistance. 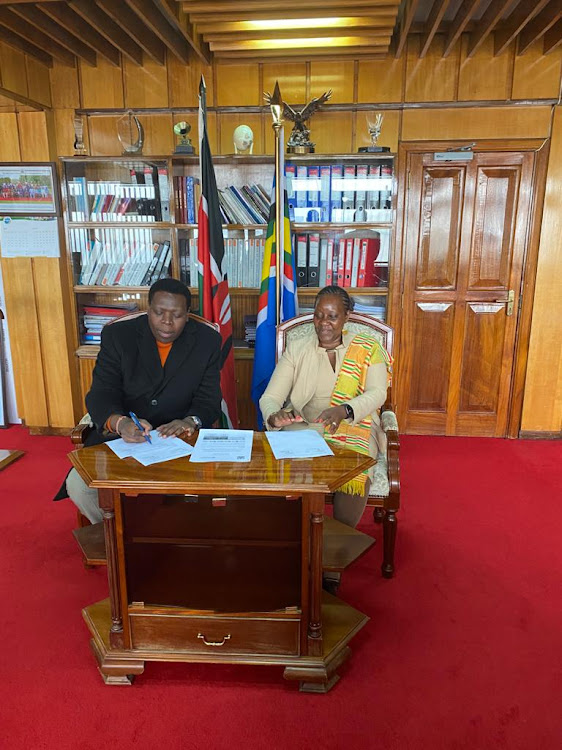 The UN Food and Agriculture Organization is seeking Sh1.5 billion to cushion pastoral and agro-pastoralist communities in ASAL counties against  drought.

Carla Mucavi, FAO representative to Kenya, said appeal is in response to a drought alert in June, Twelve of the 23 ASAL counties were in the alert drought phase, while 16 reported a declining trend.

“Livelihood has declined due to reduced access to pasture. Fifty-six per cent of the ASAL counties reported increased trekking distances to water sources for livestock and domestic use,” Mucavi said.

“This is expected to worsen in the coming months hence the need for urgent anticipatory action.”

She spoke during the signing of the Anticipatory Action and Response Plan for Pastoral and Agro-pastoral Communities in ASAL counties between FAO, the Ministry of Devolution and ASAL

“Urgent action and a coordinated response is needed from donors and other stakeholders before the situation deteriorates further,” he said.

He said the figure is likely to rise as the situation worsens because there is a severe deficit of vegetation in Isiolo and Lagdera subcounty of Garissa,.

“The proportion of children at risk of malnutrition is already above average in seven ASAL counties (Embu, Taita Taveta, Makueni, Narok, Kjiado, Meru, Nyeri),” he said.

“Families are now forced to cover longer distances to access water for domestic and livestock use as water sources have dried up.”

Mucavi said the plan will cushion livestock assets and vulnerable pastoral households against the drought, support works for increased access to water for livestock and domestic used.

It will also strengthen the institutional and technical capacity of National Drought Management Authority to implement the early warning mechanism.

The CS said the 2020 Short Rains Assessment established the season had performed poorly.

This was aggravated by other factors including the Covid-19 pandemic, the desert locust invasion, food commodity price spikes and livestock diseases,” Wamalwa said.

“Since then, the long rains in March to May have also underperformed. The onset of the season was late, the rainfall was below normal in most ASAL counties and its distribution in both space and time was poor,” Wamalwa said.