Aspirants prevailed upon to step down in favour of Abdul. 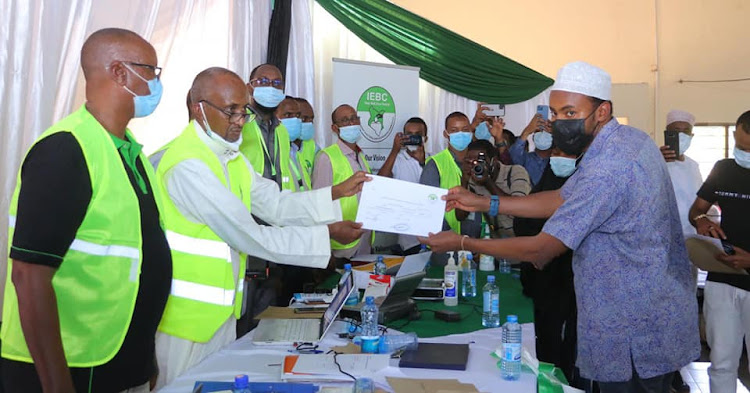 Powerful political figures and elders worked behind the scenes to ensure Abdul Haji was elected unchallenged as Garissa senator.

The Star has learnt that several people had shown interests in the seat but were prevailed upon by their respective clan elders to step down.

On Wednesday, the Independent Electoral and Boundaries Commission, in a Gazette notice, declared a no-contest, having received no other application declaring interest in a by-election.

According to IEBC county returning officer Hussein Gure, no one turned up to challenge Abdul Haji, son of former Senator Yusuf Haji who died in February.

The IEBC county boss then notified the commission’s headquarters, which then gave guidance on the same.

Speaking to the Star on the phone, the young Haji said he was humbled by the overwhelming support he had received from the leaders, elders and residents.

“All leaders from all aspects of life came together with a unified force and agreed to make sure that I get to the Senate unopposed to the memory of my father. I really don’t have enough words to thank everyone apart from saying I am grateful,” he said.

"Now that I am the Garissa Senator-elect,  all I am awaiting is to be sworn in then embark on delivering to the great people of Garissa. I understand my roles. But above all, I will closely work with the elected leaders to make sure that our people get the much-needed service,” he said.

In the Somali community, elders play a pivotal role not only in dispute resolution amongst communities but also in shaping political agenda during elections under negotiated democracy.

In the run-up to 2017 general election, politicians in Garissa intending to vie for seats were asked to apply to the council of elders in an informal move that saw elders come up with candidates to face off against their rivals from other clans. 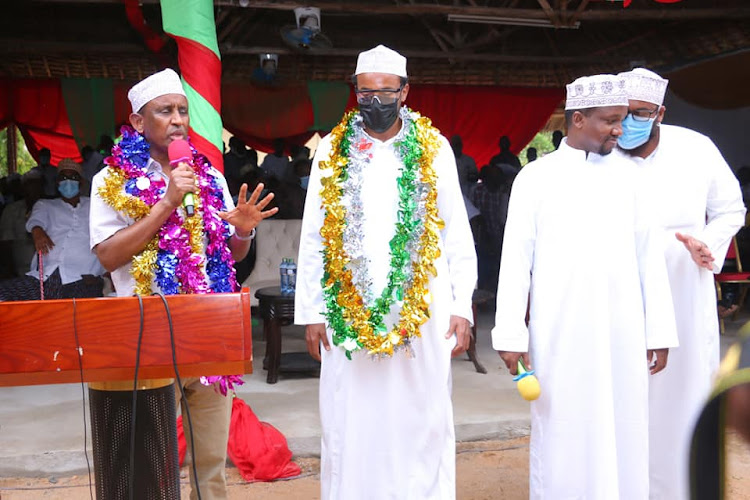 Abduwak and Samawathal clan came together to share seats before forming Tolomoge alliance that saw them sweep all the major seats under Jubilee ticket. In the arrangement, Ali Korane and Anab Gure from Abduwak were assigned gubernatorial and Women rep seats respectively, while Samawathal fronted candidates for the Senate and deputy governor positions.

After the death of Senator Haji and subsequent selection of his son, clan elders were mobilised to endorse him in what leaders say was in respect of the departed senator and long-time administrator.

While some political players met with individual candidates, others were involved in convincing political parties that had initially fronted candidates to shelf their ambitions in favour of Haji.

Both former Governor Nathif Jama and his successor Ali Korane, who represent the county's political antagonism, backed Haji Jnr in what commentators termed effort to appeal to his Samawathal backyard ahead of the 2022 general election.