Abdul has received the endorsement of all the county's three major clans, could run unopposed 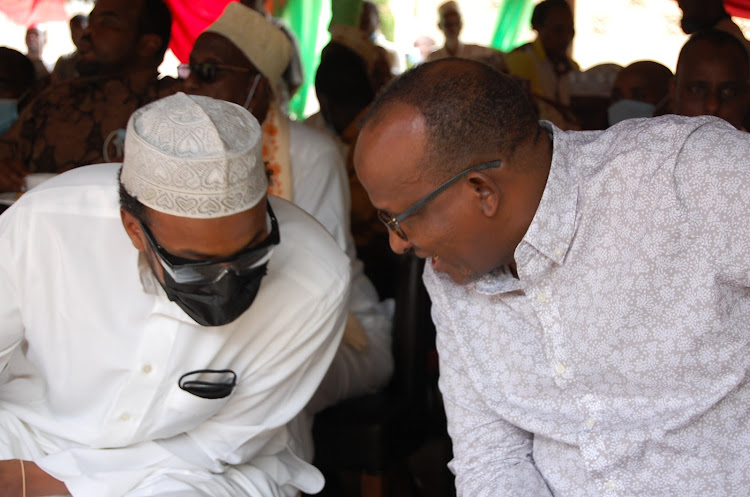 Yusuf Haji's son Abdikadir Mohamed has promised to carry on with his father's leadership mantle after he was endorsed for the Senate seat that Haji occupied.

Haji was the Garissa senator from 2013 until his death last month. The seat has since been declared vacant.

His son Mohamed, popularly known as Abdul Haji, has been endorsed by both the family and the clan to take over from his late father.

Abdul on Monday said he was ready to assume the seat and execute the duties of a senator. He spoke for the first time since his endorsement at a Garissa hotel where he received the backing of business leaders.

He was also endorsed by the Abduwak and Aulihan clans, just two days after his Abdalla clan recommended that he succeeds his father as senator.

The three clans hold huge sway on Garissa politics. Abdul's endorsement by all the three clans means he is likely to get elected unopposed.

He asked leaders and residents to uphold the newfound unity brought about by the death of his father, saying it should go beyond 2022

“I am extremely humbled and overwhelmed by the support I have gotten from all the clans in Garissa. This is the first time in ages that all the clans have come together to support one candidate for a political seat. I am not taking this for granted,” Abdul said.

He added, “My father was known to be a peace-loving man who could go to any length to bring together worrying communities and leaders at loggerheads. As a family, we knew this but we never thought the same was appreciated this much by the community.”

He promised to carry on with his father's ideals.

“At a personal level, there are attributes that I learned from my late father; respect, protocol, rule of law, and treating people equally irrespective of their status in the society. I promise if elected I will strive to ensure that all these are realised,” he said. 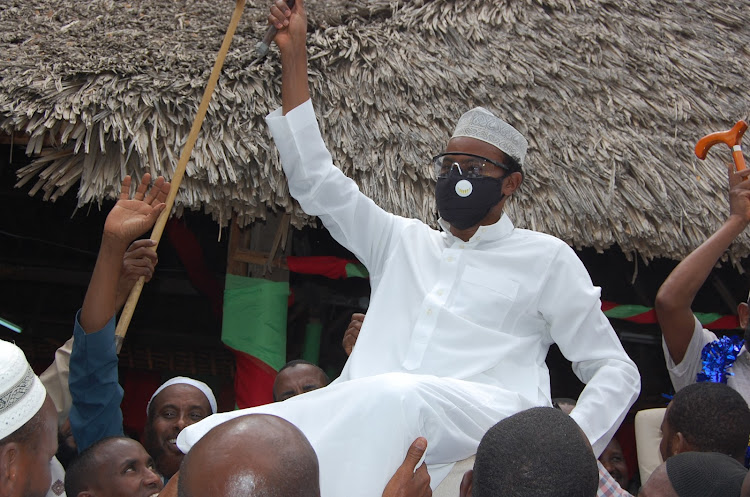 ENDRSEMENT: Abdikadir Mohamed celebrates with Garissa residents after he was endorsed for the vacant Senate seat
Image: STEPHEN ASTARIKO

Abdul is a businessman. He first rose to the national limelight during the Westgate attack in 2013 when he stormed the mall to rescue his elder brother Noordin Haji.

Noordin, now the Director of Public Prosecutions, was holed up at the mall in Nairobi's Westlands area. Abdul rescued many hostages and was among the key heroes from the tragedy.

Garissa Township MP Aden Duale said they decided to unanimously back Abdul to finish his father's remaining term in the Senate in honour of Haji.

He described Haji as a great son of Garissa.

“We are begging and urging the voters of this great county that we give a chance to Abdul and elect him unopposed in the senatorial by-election. Let us put aside our differences and campaign together to deliver the seat,” Duale said.

“We want to thank the aspirants for heeding to our calls. We also want to extend the same to their supporters and their community for equally understanding us. We will walk this journey until we deliver the seat," said Ijara MP Sophia Abdinoor.

She urged women to come out in large numbers and vote for Abdul on May 18 when the IEBC will conduct the by-election.

"Abdul is our son who has been mentored into leadership and so in electing him we will be getting someone we can work with to develop our county," she said.

Abdul will be vying on the Jubilee Party ticket. His father was a key figure in the party.

Garissa governor Ali Korane said that as leaders they implored upon a number of candidates who were interested in the seat to step down in favour of Abdikadir. 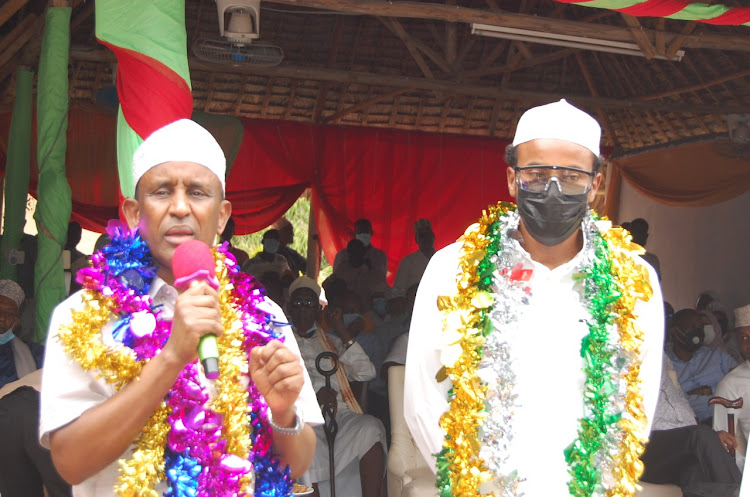 Korane said the role played by the late senator both at the national and county level in uniting the country and the community cannot be over emphasized.

“The only way we can honour this great man that we were very close with is to allow his son complete the remaining part of his term. I also want to thank the aspirants who were interested in this seat for heading to our calls to step down,” said Korane.

Korane said that following the endorsement by almost all the clans in the county. the next move is to ensure that he goes in unopposed.

“Korane disclosed that Haji’s son will be vying on a jubilee ticket, the same that party his father used in 2017 to clinch the seat.