The abductors fled with the trio on foot towards Somalia.

• The bus they were travelling in lefty Mandera town and was on its way to Lafey, when the abductors stopped it in a remote area between Fino and Sheikh Barrow.

• Kidnappers entered the bus and ordered all the passengers out and separated the locals from non-locals. 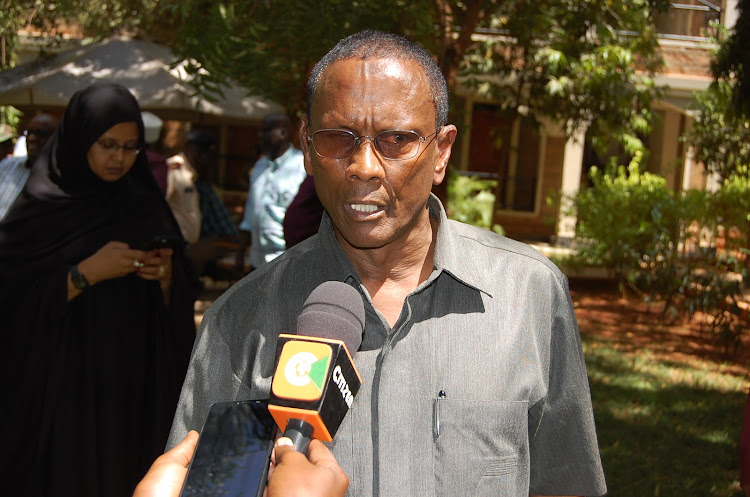 A contingent of security officers has been deployed to track down suspected al Shabaab militants who on Wednesday evening kidnapped three non-locals in Mandera.

The three were travelling to Lafey from Mandera town aboard a bus. On reaching a remote area between Fino and Sheikh Barrow, the abductors stopped the bus driver at gunpoint.

The militants entered the bus, ordered all the passengers out and separated the locals from non-locals.

The locals were allowed back onto the bus and proceeded with their journey. However, three non-locals were left on the ground and the militants fled with them on foot towards Somalia.

It is said that the three were masons on their way to work in Lafey town.

Speaking on the phone on Thursday after a security meeting, Mandera county commissioner Onesmus Kyatha said there was no update on the whereabouts of those abducted.

“Our officers are still following up crucial leads, but we cannot tell exactly where the three are. We call for patience and cooperation,” Kyatha said.

He said non-locals travelling out of town are usually escorted by the police. He said he does not understand how the bus operators left without a police escort.

“It is regrettable how the three non-locals boarded the vehicle knowing very well that the place is still insecure. We are seeking to establish how the bus management allowed the three to board the vehicle. Action will be taken against them because it is clear they went against the government’s directive,” he said. 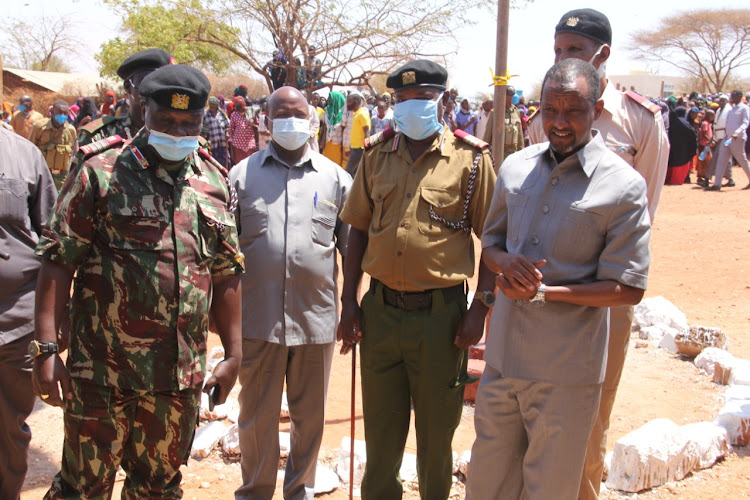 Lafey MP Abdi Mude urged security officers to work round the clock to rescue the trio.

“It is very unfortunate that just when we thought we had made tremendous progress on security matters in our region, this happened. It sends us back to the drawing board again and it is my hope and prayer that our security officers get them,” he said on the phone.

“For far too long, we have been held hostage by terror groups along the porous border. As the area representative, I urge the national government to continue working closely with residents to eradicate these militants from our territory.”

The incident comes barely four days after the military gunned down five al Shabaab militants in the same area. They were said to be planning an attack.

On Wednesday, Northeastern regional commissioner Nicodemus Ndalana, while speaking in Arabia, urged for cooperation between residents and security officers to fight insecurity.