NCIC to propose law to bar warmongers from elections

Commissioners say incitement can plunge the country into a protracted insecurity crisis.

• The commission is working closely with other relevant institutions to ensure, among other measures, the IEBC vets aspirants before they are cleared to run for elective or nominative seats.

• Kapseret MP Oscar Sudi and his Emurua Dikirr counterpart Johanna Ng'eno are the latest politicians to be arrested and charged with incitement. 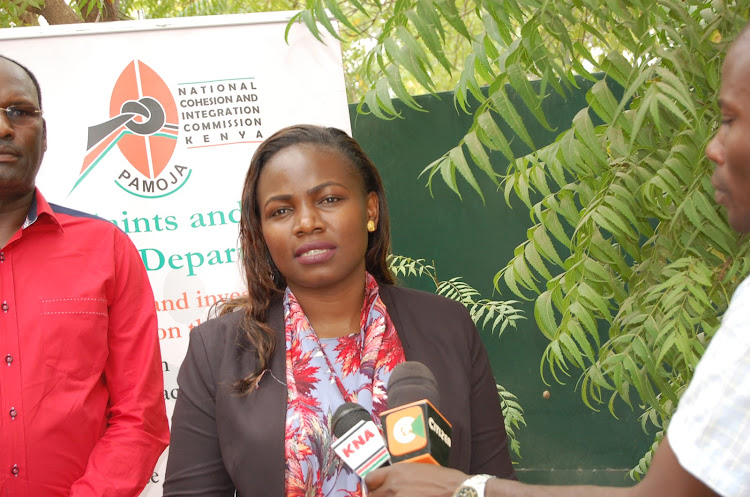 The National Cohesion and Integration Commissioning is proposing a law ahead of the 2022 General Election to bar warmongers from contesting.

According to commissioner Wambui Nyutu, the commission is working closely with other relevant institutions to ensure, among other measures, the Independent Electoral and Boundaries Commission (IEBC) vets aspirants before they are cleared to run for elective or nominative seats.

“The current political leaders who have made it a habit of inciting Kenyans with their loose tongues seeking cheap publicity should better know that the law will eventually catch up with them and they only have themselves to blame,” Nyutu said.

She spoke to the press in Garissa on Wednesday after a courtesy call on county commissioner Meru Mwangi. Nyutu regretted that the political class has made it a habit of using the court to get bail and delay justice with the hope of escaping punishment.

Kapseret MP Oscar Sudi and his Emurua Dikirr counterpart Johanna Ng'eno are the latest politicians to be arrested and charged with incitement.

“As a commission, we have noted with great concern the current trend by our politicians and it is for this reason that we want to do things differently because as it stands, the political class think they will use the justice system to get away with their sins," Nyutu said. 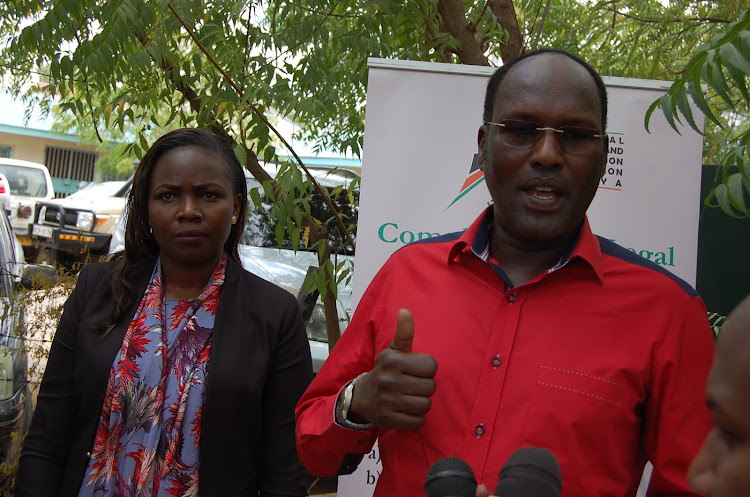 The proposal is, however, likely to face strong resistance from politicians who will fall victim and given that they will be involved in making law changes.

Nyutu said they are alive to that fact and instead called on party leaders to whip their members to support the amendments, which she termed good for the country.

“Our political leaders because they wield a lot of powers and have a lot of say in how the parties are run should take personal responsibility and reprimand their members. As a country, we have been there before and have seen what careless utterances can trigger. It should never get to that level,” she said.

NCIC commissioner Sam Kona said wananchi have an even greater role to play in ensuring peace and voting out warmongers and inciters.

“I want to challenge Kenyans to stop this habit of cheering politicians who take to the podium and all they do is incite them. This culture must change and stop,” he said.

“These utterances may at the face value look like they don’t mean a lot but it is a dangerous trend that can make a state plunge into chaos and fail.”

The two commissioners said that although Garissa is calm, the border disputes between Garissa and Tana River and Isiolo and Tana River should be resolved because it can result in conflicts as has been witnessed in the past.

The last one week has seen heightened political temperatures in the country, with Kenyans raising concerns that it was not good for the country ahead of the 2022 election.

Kona hailed Garissa residents for being calm and peaceful. He said the government was on the lookout for any individual hellbent on bringing division between clans.