'WE'VE GOT WHAT IT TAKES'

• Gure said women have proved that given a chance they can not only deliver but even perform better than their male counterparts.

• The Woman Rep said women in the region can follow the example of Ijara MP Sophia Abdi who did not give up despite losing at the polls twice. 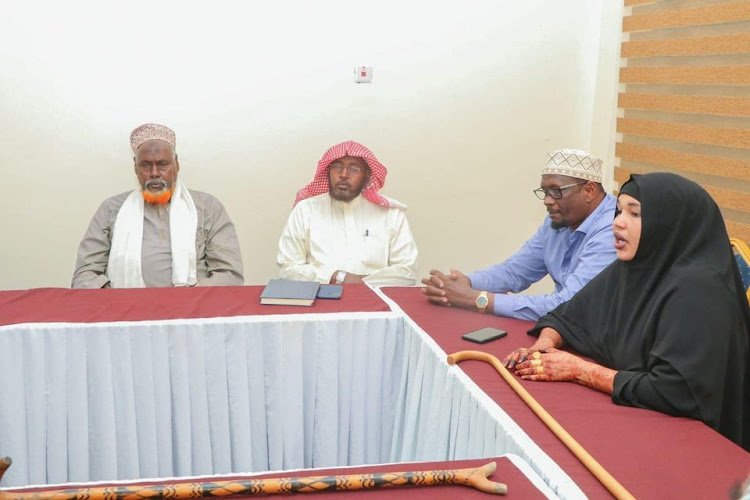 Gure said women have proved that given a chance they can not only deliver but even perform better than their male counterparts. She spoke on Tuesday after a meeting with elders from Garissa Township.

The Woman Rep said women in the region can follow the example of Ijara MP Sophia Abdi who did not give up despite losing at the polls twice.

“As women, we have a lot to learn from our own sister Sophia who despite facing fierce resistance from male contestants and the community soldiered on and finally after many years managed to win their hearts,” she said.

Sophia, a former teacher, has been described as the iron lady of Northern Kenya politics. She contested for the Ijara seat three times before eventually clinching it in 2017 by beating incumbent Ibrahim Abass.

Sophia became the first-ever woman to be elected in MP in Ijara since Independence. Before that, she was a champion for women's issues and programmes.

The lawmaker is well known for fighting for the rights of women through Womankind Kenya, which she co-founded with Hubbie Hussein who is now a member of the National Lands Commission.

Gure said women should not shy away from taking leadership roles because they are sure to deliver on their mandates.

“Gone are those days when women were viewed as incapable of leading. Thanks to the new Constitution, there is more leadership space for the women who have in turn proved their capabilities,”  she said.

Gure, however, said that women must rally behind their own and fully support them during the elections to make an impact. She is thought to be eyeing the Fafi parliamentary seat.

She said the BBI Raila is championing was only meant to create seats for the elites and has nothing to offer to the common mwananchi.

“I have always maintained that any agenda by the political class should have a component of the common mwananchi. But what we are currently experiencing is a bunch of self-centered politicians busy fronting agenda that are only meant to benefit them alone,” she said.

Northern Kenya politics has always involved elders nominating candidates to vie for the elective seats. Women, not involved in the deliberations, have often missed out.