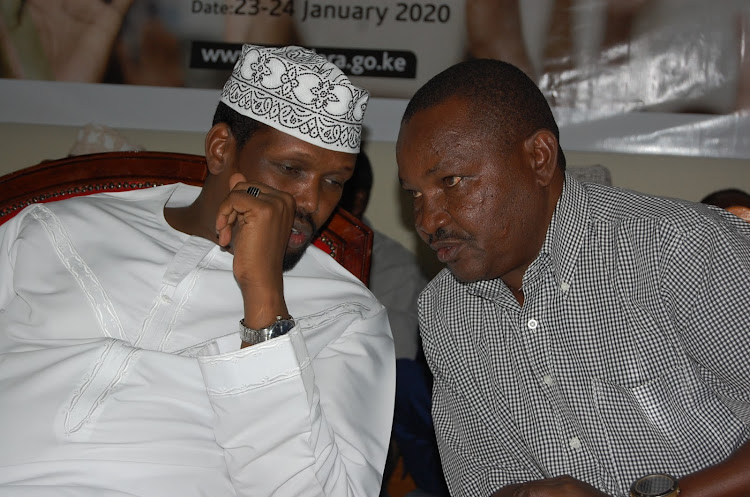 They say Janan's presence in Kenya where he is in hiding has put their lives at risk.

Janan is wanted by Somalia authorities and is said to have been the cause of the Monday war between Somalian troops and Jubaland forces.

The minister escaped from a Mogadishu prison on January 28 where he had been held since August 31 last year.

Tension remained high in Mandera town following the fight that caused the displacement of residents living in villages along the border.

The fugitive minister has been hiding in Kenya since January.

Residents of Border Point fled the area following the fighting. They want the government to kick out Janan and end their suffering.

"We cannot sleep because of fear of attacks from the Somalia Federal Government forces who are in hot pursuit of the fugitive. I do not know what value Janan is adding to our lives. Let him be handed over to face justice," Mohamed said.

There have been perennial gunshots near the Kenya-Somalia border for the past two weeks. More than 100 Jubaland soldiers have been shooting in the air near the Somalia border to scare away government troops who want Janan taken back to jail.

He is also wanted for interrogation on civilian killings and international human rights violations.

On February 26, Mandera East MP Omar Maalim presented in parliament a private notice number seeking clarification from the Ministry of Defence on the presence of Janan in Kenya.

During the Monday gunfight, some 20 Jubaland fighters surrendered after more than five hours of fighting. They crossed into Kenya and sought at the Mandera police station. They were later handed over to the Somalia army.

Residents want the government to act fast saying Rapid Propelled Grenades (RPG) being used in the fight posed serious security risk to those living on the Kenyan side.

On Monday, business was disrupted in Mandera town as residents feared being hit by stray bullets.