• Former Mandera Kenya Defense Forces (KDF) officers have called on the government to help them lead a dissent living.

• Says government not to recall KDF troops working under Amisom  in Somalia as they have stabilised the terror-hit nation. 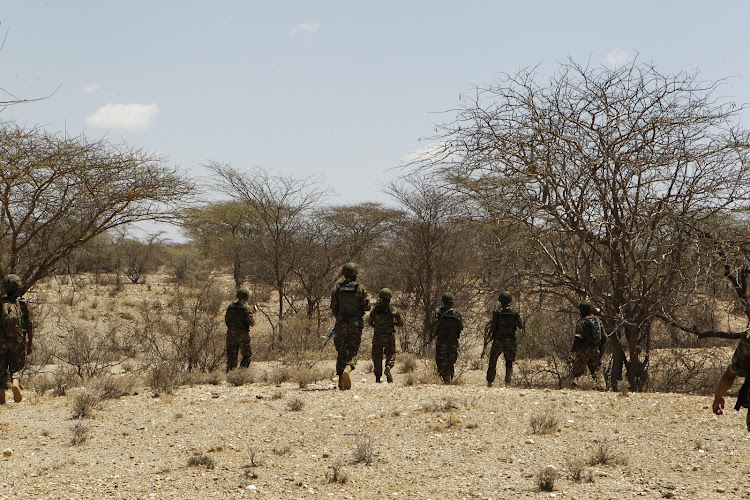 Former Kenya Defence Forces officers from Mandera have asked the government to help them lead a decent life.

Retired corporal Mohamed Adan said despite serving the country with dedication, they are living in poverty.

"I managed to buy a 70 feet by 80 feet plot where I'm living with my 12 children all of whom are unemployed, despite frantic efforts to meet county officials to secure them jobs, " Adan said.

He said he served the country wholeheartedly during the Shifta War that claimed many lives in Northern Kenya.

At the same time, the retiree asked the government not to recall KDF troops working under Amisom  in Somalia as they have stabilised the terror-hit nation.

Another ex-officer Mohamed Abdi who worked for KDF from 1972 to 1996 asked President Uhuru Kenyatta to address the problem of low-living standards of former officers.

He said many of them have no land and are living in abject poverty.

"Nobody cares for us now as we are of no value but when we were in service, everybody needed our help, we are asking the President who is the Commander-in-Chief of KDF to help us lead a decent life," Abdi said.