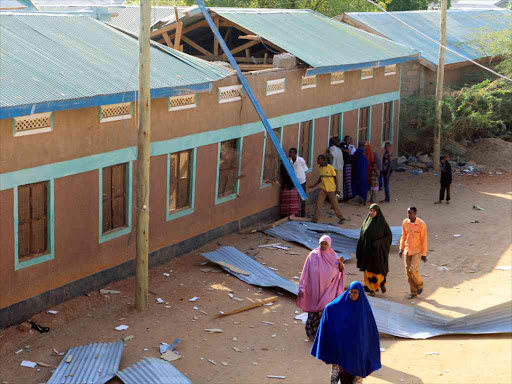 Recent al Shabaab attacks on communication masts could be a precursor of a major onslaught, Mandera leaders have warned. The national government’s reluctance to act is worrying, they said.

The terror group has destroyed four masts in one week — at Damasa, Dabacity, Kotulo, and on Wednesday night at Chabi bar in Mandera North. Gunmen on Monday night destroyed Safaricom and Orange telecommunication masts at Kotulo.

Led by Governor Ali Roba at the county headquarters, the leaders on Wednesday called the attacks economic sabotage and an attempt to cut off Mandera in order to carry out a bigger sinister attack.

“The al Shabaab terrorists are cutting off Mandera from the other parts of the country. They have crippled economic activities of non-locals. [And] now that isolation has moved a notch higher with them targeting the communication network,” Roba said.

Speaking at a press conference, Mandera South MP Mohamed Huka, whose constituency bore the brunt of recent attacks, blamed the national government. Roba warned that al Shabaab’s plan to isolate Mandera from the rest of the country is working. “With the communication network down, al Shabaab will be moving around and it will take a couple of days before anyone notices there is a problem,” he said.

The leaders urged the government to treat the problem with urgency and sensitivity. “The government needs to wake up to this reality and stop looking at it casually because there has been no action taken against the attack on four masts,” Roba said.

“I do not understand why after the first mast was attacked, sufficient security has not been provided for all the masts.”

Post a comment
WATCH: The latest videos from the Star
by LEWIS NYAUNDI @X_nyaundiH
North Eastern
16 December 2016 - 03:00
Read The E-Paper