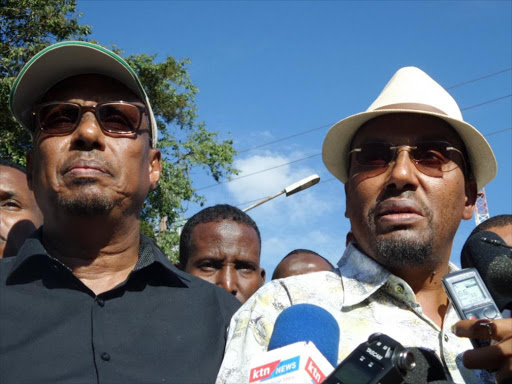 Mandera West MP Mohamed Mohamud has welcomed the Garre Council of Elders' proposal for rotation of elective posts to encourage sharing of leadership positions among sub-clans.

Addressing residents in Banisa town on Saturday, the two-term lawmaker said going against the elders' decision would be dishonest as the rotational leadership was agreed on by the community in 2011.

It was presumed Mohamud would take over

from Governor Ali Roba if the post were to go to his Furkesha sub-clan of the larger Quranyua clan.

The MP, who is the brain behind the formation of the strong 20-member council in early 2011, said Mandera leaders should respect the decision.

He said it will promote harmony and reduce tension that comes with the scrambling for political positions.

"I wholeheartedly accept the verdict of the elders and urge everyone else to do so ... Before the Banisa meeting, I had set my eyes on the gubernatorial seat, should it come to my sub-clan. And since it did not come to our side where I would have had the chance to offer my candidature, then I will support whoever is anointed for the position," Mohamud said.

He however had another chance to defend his post as his sub-clan was chosen to take up the parliamentary post. But Mohamud said he will run for Mandera west MP. He urged residents to forward

names of prospective candidates to the elders.

The former assistant minister of Energy in grand coalition government thanked Mandera West residents for supporting him as their legislator for two consecutive terms.

"I wish the people of Mandera West and the entire Mandera county well. I also wish the incoming leaders well and assure them of my unreserved support. I will continue discharging my duties as an MP and national leader until the end of my term," Mohamud said.

Post a comment
WATCH: The latest videos from the Star
by STEPHEN ASTARIKO @stephenAstariko
North Eastern
15 August 2016 - 05:00
Read The E-Paper