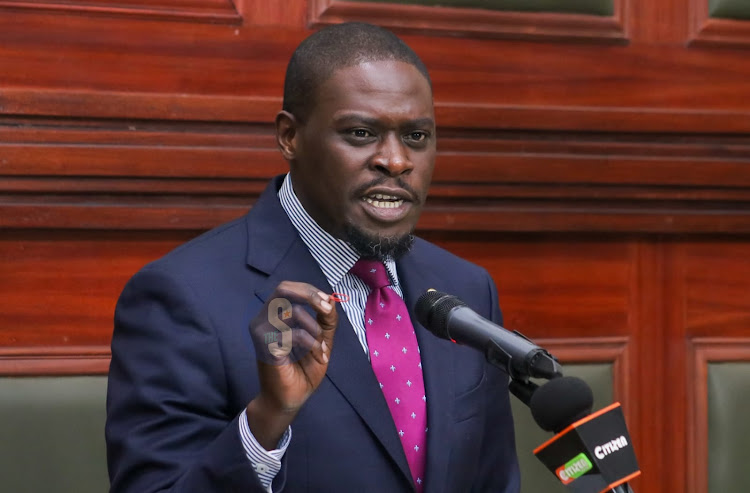 Addressing the media on Thursday, Kiragu claimed that the Governor was in too many boardroom meetings instead of going to the ground and listening to residents' needs.

“Four months after elections and the Governor is overdoing boardroom meetings. nothing is happening on the ground yet our people need services,” he said.

Kiragu challenged Sakaja to emulate President William Ruto and other Governors who are busy launching and inspecting projects with minimal boardroom meetings.

The remarks come a few days after Governor Sakaja released his 100 days scorecard.

Also at the same, Sakaja is leading a one-week induction session with his cabinet and chief officers in Naivasha.

The minority leader has been accusing the Governor of disrespecting Deputy president Rigathi Gachagua.

DP Gachagua and Sakaja had locked horns over the intended relocation of long-distance matatus from Nairobi’s CBD to GreenPark Terminus.

Sakaja however said the move was to decongest the CBD as well as to restore sanity.

The Waiganjo-led committee to review Sh21 billion in pending bills and advise on way forward.
Counties
3 weeks ago

Banning shisha is an intrusion on personal freedom and is contradictory unless tobacco consumption is banned completely in Nairobi.
Opinion
3 weeks ago
Post a comment
WATCH: The latest videos from the Star
by MAUREEN KINYANJUI
Nairobi
19 January 2023 - 16:56
Read The E-Paper