Sakaja says the new directive is part of measures to decongest the CBD.

• The first attempt to open the terminal was in December 2020, when NMS announced it was ready but went on to postpone it. 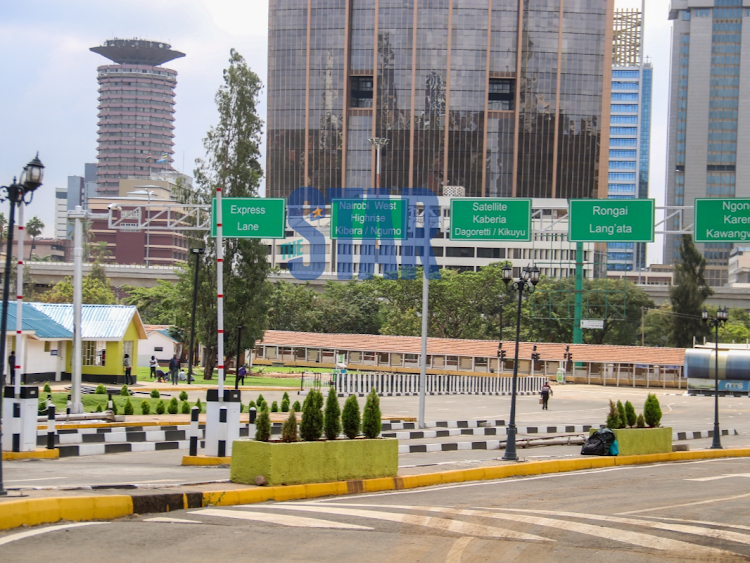 The Green Park bus terminus will be opened on December 1 for use by long-distance PSVs.

Nairobi Governor Johnson Sakaja said the new directive is part of measures to decongest the CBD.

“The Green Park terminus is really good. It has good facilities and adequate space. Those travelling upcountry should be ready to board from Green Park beginning December 1. We are relocating all long-distance PSVs there,” he said.

Sakaja made the announcement on Friday, after a day-long engagement with PSV operators in the city.

He said no test runs will be conducted.

The Sh250 million bus terminus was initially constructed by the Nairobi Metropolitan Services for use by PSVs plying Lang'ata and Ngong Road routes.

The reopening stalled despite retired President Uhuru Kenyatta inspecting it three times last year, ahead of the commissioning.

Green Park is among six other termini that NMS set up for Sh350 million to be the official pick-up and drop-off points once matatus are barred from entering the CBD.

Green Park is the biggest and is said to have a capacity to accommodate 20,000 matatus daily and at least 100 at any given time.

The first attempt to open the terminal was in December 2020, when NMS announced it was ready but went on to postpone it.

According to the then NMS director general Mohammed Badi, construction designs and consultation with stakeholders were among some of the challenges that caused delay in completion of the terminus.

NMS had also said construction of the Nairobi Expressway contributed to the delay.

Feedback from the test run is said to have caused further delays as some issues had to be fixed.

The first test run on April 27, 2021, was filled with confusion and frustration.

The three-hour test run, which commenced at 6am was aimed at observing how matatus would drop off commuters at the terminal.

After the second test run, NMS had said some adjustments in terms of Covid-19 safety measures and furniture to ensure matatus were not damaged while making a U-turn to drop off passengers had to be done.

Matatu Owners Association chairman Simon Kimutai had earlier said having only six termini to cater to more than 20,000 matatus in Nairobi is "a joke" as they would require holding grounds as they wait for commuters.

“NMS should go back to the drawing board and consider involving stakeholders for proper planning, if they want their plan to succeed,” Kimutai said.

He said there were not enough drop-off points as commuters would collide with vehicles.

"There is also no connection between the terminus and the city centre. Not everyone can walk to their places of work. I don’t know if they will dig an underpass or construct an overpass to address this,” Mbugua said.

Commuters had also raised complaints that the terminus was far from the CBD as many were forced to trek to their various bus stages.

MPs allocated Sh1 billion for renovations of both Uhuru and Central Parks.
News
4 months ago

Matatu Owners Association chairman says it was placed on the wrong side which will result in more congestion
News
5 months ago
Post a comment
WATCH: The latest videos from the Star
by MAUREEN KINYANJUI News Reporter
Nairobi
20 November 2022 - 22:00
Read The E-Paper