Failure to which operators will be arrested and their bikes impounded

• All bodabodas in the ward will be required to be branded with a big visible number from far with Identity and photos hanged around the neck.

• The MCA also said community policing liaison will be formed in all estates to patrol the area. 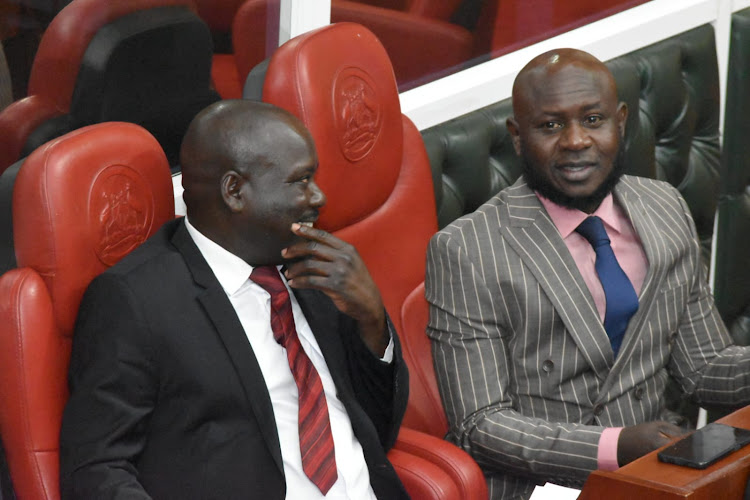 The move, he says, aims to curb insecurity cases.

Omolleh said operators who fail to comply risk being arrested and having their bikes impounded.

"For the last nine months, we have witnessed escalating insecurity around the ward especially Madaraka and Strathmore area," he said in a letter.

The letter dated November 11, was addressed to the OCPD Langata, OCS Nayo Stadium and the speaker of the county assembly.

It decried an increase in phone robbery incidents and lately housebreak-ins.

To curb the cases, Omolleh vowed to erect more security lights and repair the old ones.

Also, a barrier will be erected at the entrance of Madaraka and at the end near AP camp and Mosque entrance.

"My office is working tirelessly to bring back our safe neighbourhood. In this regard, we have partnered with the Kenya Police,"Omolleh added.

To address crime in the city, Inspector General of Police Japhet Koome and Nairobi Governor Johnson Sakaja on Monday agreed to form a policing authority to end the insecurity.

Koome said after their lengthy discussions, the governor committed to forming the body.

“The governor will operationalise the Nairobi County Policing Authority as soon as possible,” he said.

The authority, Koome said, is anchored in law, including in the National Police Service Act.

The act says the county governor chairs the authority.

The authority, Koome said, is anchored in law, including in the National Police Service Act.
News
3 weeks ago

"Muggings, cattle rustling or other cases of insecurity must stop," he said.
News
3 weeks ago

What to do to avoid being mugged in CBD

One way of staying safe is; avoid getting distracted especially by using phones
News
3 weeks ago

Citizens given one month to surrender illegal firearms

Koome warned that a gun is not a phone one walks with.
News
3 weeks ago
Post a comment
WATCH: The latest videos from the Star
by MAUREEN KINYANJUI News Reporter
Nairobi
14 November 2022 - 17:03
Read The E-Paper