•The meeting saw the two discuss the slum upgrading program being spearheaded by the Head of State.

•Odede, who was accompanied by his wife Jessica Posner Odede, discussed their experiences working with the community in Kibera. 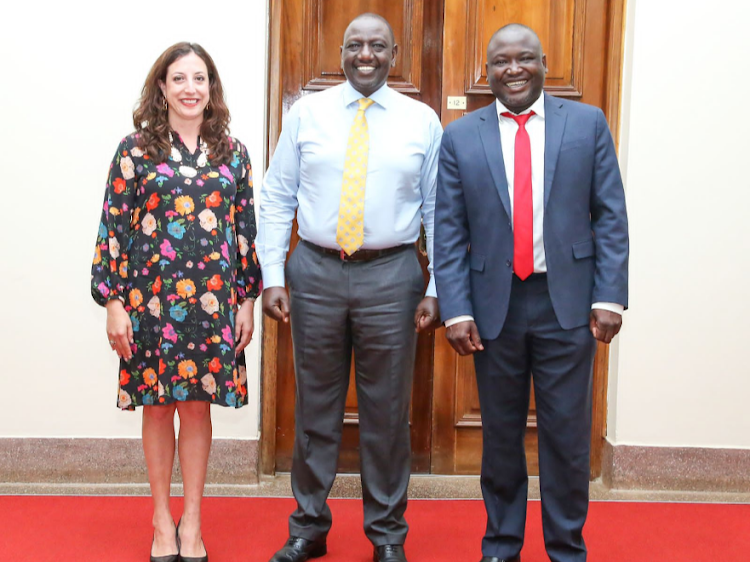 The meeting saw the two discuss the slum upgrading program being spearheaded by the Head of State.

Odede, who was accompanied by his wife Jessica Posner Odede, discussed their experiences working with the community in Kibera.

He used the visit to demonstrate to the President how to best roll out the slum upgrading project that will see up to 4054 houses constructed in phase one.

The meeting came a day before the President visited Kibera’s Soweto B area on Tuesday where he presided over the groundbreaking of the project.

“For the first time, Kenya has a President who embraces the narrative of those at the bottom of the pyramid, the story of millions of Kenyans, as his own," he said.

"I have never been more optimistic that finally, our plight will be heard.  In 10 years, the urban slums of Kenya could be a story of the past.”

In the meeting, the Shofco founder advocated for full involvement of the Kibera community in the project which he said should come along with improved infrastructure.

“We advised the President to adopt a phased approach to creating change in informal settlements. To prioritise immediate progress while planning for long-term change. To those living without water, sewage, or services, to be given dignity.

The State House meeting was also attended by the Council of Governors (CoG) Chairperson and Kirinyaga Governor Anne Waiguru whom Dr Odede said is instrumental in reaching out to other governors since Shofco works in slums in 24 counties countrywide.

Speaking on Tuesday during the launch of the proposed Kibera Soweto East Zone B Social Housing Project, the President said that such projects will hasten slum upgrading in the country.

The President noted that the Kibera Soweto B will construct 4,054 units. “We want all Kenyans to live a dignified life,” he said.

Odede founded Shofco in 2004 in Kibera and it has now spread across Kenya impacting over three million people directly through various causes such as access to health, water, community advocacy platforms, education and leadership development for women and girls.

Post a comment
WATCH: The latest videos from the Star
by THE STAR REPORTER
Nairobi
27 October 2022 - 17:00
Read The E-Paper