Muchiri pledges to solve issuance of licenses amidst crackdown

The Nairobi deputy governor says consultations would be done with all stakeholders. 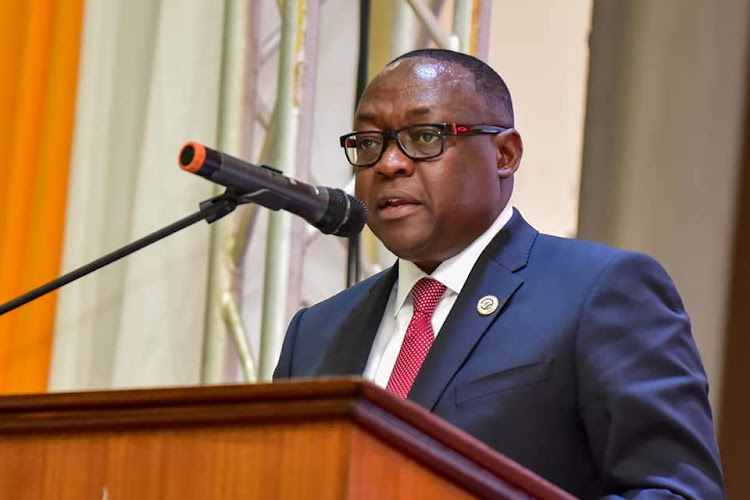 Nairobi Deputy Governor Njoroge Muchiri has waded into the ongoing crackdown of  night clubs in Nairobi which are facing closure.

Speaking to the Star, he said consultations would be done with all stakeholders to ensure there is a win-win situation for all.

Muchiri said there was need for people to co-exist peacefully where people can reside as well as conduct their businesses.

“Those who issue licenses must ensure all the conditions precedent are covered before doing so. We need our residents to enjoy peaceful existence alongside our many businesses but this cannot happen when one party infringes on the rights of another," the deputy governor said.

On Monday, it was announced that at least 43 entertainment joints in Nairobi will be closed down over noise pollution.

County director of liquor Agwena Hesborn said in a statement they have received numerous complaints about the clubs hence the action.

“The complaints have also been received by the county environment compliance and enforcement officers and despite arrests and arraignment in court, the proprietors have refused to comply and continue to contravene the stipulated licensing conditions," he said.

As a result, Agwena instructed the cancellation, revocation and closing down of the 43 premises.

However, Muchiri said as the executive arm of the county government, they have a duty and an obligation to ensure  they create a conducive a environment for businesses of all sizes to operate.

“Those who don’t meet the relevant conditions will have their licenses reviewed,” he said.

As announced by Governor Johnson Sakaja, Muchiri in his capacity as the deputy governor will be in charge of the Trade department.

He will also be in charge of licensing which, according to him, is among the biggest challenges in Nairobi.

In a statement on Tuesday, The Kenya Alliance of Residence Association (Kara) supported the ongoing crackdown. They urged Nairobi county to sustain the crackdown and expand all places across the city that are experiencing the noise pollution.

Kara also challenged other counties to carry out similar exercises and stop licensing if bars are in residential areas, or near schools.

However, some Nairobi MCAs pledge to protect the traders in club/pub business, despite the ongoing crackdown over noise pollution.

Led by Waithaka MCA Antony Kiragu, they accused Agwena of oppressing hustlers in the city who are trying to earn a living.

Karura MCA Fiu Nifiu asked Sakaja  to start investigations in the trade and licensing department, as well as the revocation of the licenses of 42 clubs.

“Sakaja should look into the matter because revocation of these licenses will render hundreds unemployed and increase the rate of unemployment in Nairobi," he said.

Umoja One MCA Mark Mugambi said the Nairobi City County Alcoholic Drinks Control and Licensing Board was out of order for closing down the pubs without giving a notice.

“The liquor director should resign because he has demonstrated how incompetent he is. He could have issued a notice before revoking the licenses as the law requires,” he said.

Mugambi said that before the licenses are issued to the clubs, the premises are inspected.

As a result, the are calling for immediate resignation of Agwena or else they would table a motion in the assembly to remove him from the office.

43 entertainment joints in Nairobi have been earmarked for closure over noise pollution.
News
2 months ago

More than 20,000 outlets are expected to resume business.
Business
2 years ago
Post a comment
WATCH: The latest videos from the Star
by MAUREEN KINYANJUI News Reporter
Nairobi
05 October 2022 - 22:00
Read The E-Paper