Uhuru Park to open in December, public to access it for free

The opening will follow a 13-month closure of the parks to give them a facelift.

• Sakaja also said his administration is in the process of reclaiming all grabbed social spaces.

• Over the weekend, he lauded MNS for the uplift his team has given Uhuru and Central parks. 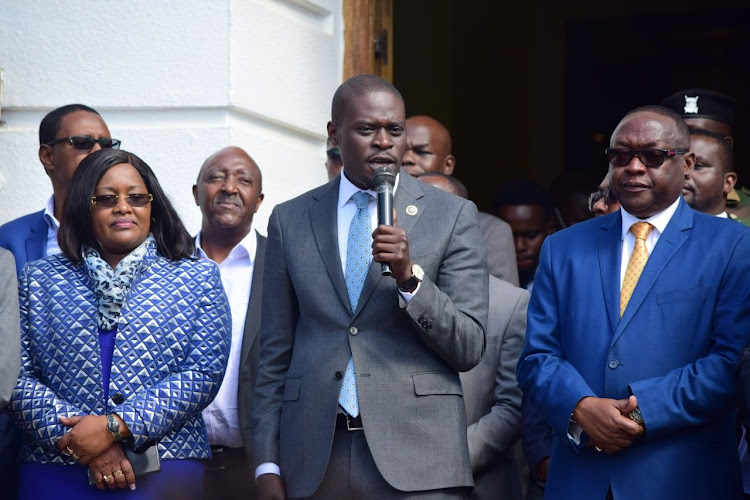 Members of the public will access Uhuru and Central parks for free, Nairobi Governor Johnson Sakaja has said.

Speaking on Tuesday during the flagging off, of the World Tourism Day at City Hall, the governor said that the parks will be opened for the public in December.

The opening will follow a 13-month closure of the parks to give them a facelift.

"This is just the beginning, the county is in the process of rehabilitating all the parks across the county where our people can rest and enjoy the environment,” Sakaja said.

The Nairobi Metropolitan Services director general Mohammed Badi had earlier on said that it would be up to the governor to decide whether the county would charge entry fee into the parks.

Sakaja also said his administration is in the process of reclaiming all social spaces that had been grabbed and repurpose them back to their initial use where young people can be able to exploit their talents and be creative.

“Some scrupulous people have grabbed some of these social amenities areas, we are reclaiming them, improving them and will create new ones to ensure every sub-county has at least a recreational facility," he added.

The governor retaliated his commitment to support the creative economy, adding that he is in discussion with the national government to zero rate music and studio equipment in order to support growth and the expansion of the creative industry in Nairobi and Kenya.

Over the weekend, Sakaja lauded MNS for the uplift his team has given Uhuru and Central parks.

"Well done Maj. Badi and NMS team on Uhuru Park. Nairobians will really enjoy this. We plan to have parks and recreational areas throughout the city as all Nairobians deserve this. Asante sana."

After 11 months of closure and renovations, Uhuru and Central parks were officially commissioned on September 12, by former President Uhuru Kenyatta.

Uhuru had earlier on told off critics regarding the ongoing renovations at Uhuru and Central Parks, insisting that it was part of plans to change the face of the city.

The closure of the iconic parks for renovation did not sit well with a section of Kenyans who claimed that it was a land-grabbing scheme.

"Those who were saying we have grabbed Uhuru Park and Central Park come to see the work we are doing,” Uhuru stated.

Post a comment
WATCH: The latest videos from the Star
by MAUREEN KINYANJUI News Reporter
Nairobi
27 September 2022 - 12:07
Read The E-Paper