•Speaking to the Star, he said failure to gazette the sitting is delaying the MCAs right to play their oversight role.

•The commission had already gazetted all the 1,443 elected MCAs. 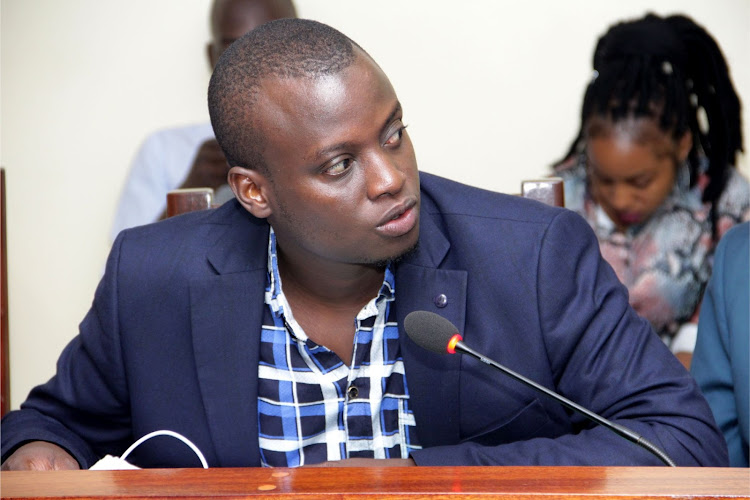 Questions have been persisting as Nairobi county is yet to gazette the swearing-in ceremony of  MCAs.

In a gazette notice released on September 14, 2022, at least 39 governors had gazetted the first sitting where ward reps are expected to take the oath of office.

Kilimani MCA-elect Moses Ogeto claimed that the move by Nairobi Governor Johnson Sakaja not to gazette the sitting is related to the election of the speaker.

Speaking to the Star, he said failure to gazette the sitting is delaying the MCAs right to play their oversight role.

“IEBC gazette the nominated MCAs and the governor has not gazetted the sitting. I understand the Kenya Kwanza team is trying to buy time to lobby for the election of the speaker,” Ogeto said.

Last week on Monday, the electoral agency gazetted all the nominated MCAs for the 47 county assemblies.

The nomination list as per the Independent Electoral and Boundaries Commission chairman Wafula Chebukati includes the marginalised groups.

The commission had already gazetted all the 1,443 elected MCAs.

Elections are yet to be held in the Embakasi ward. The gazettement paved way for the swearing-in of  MCAs as the assemblies are fully constituted.

This, however, depends on when the governors of the 47 counties will gazette the first sitting.

Ogeto is now calling on Sakaja to move with speed and gazette the first sitting not later than this week.

“Nairobi is not an exemption and the governor should immediately gazette our first sitting  within the course of the week,” he said

Nairobi has the most number of nominated ward reps at 39 making a total of 124 MCAs.

President William Ruto's UDA and Raila Odinga's ODM will each have 17 nominated MCAs. Jubilee gets three while Wiper has two.

The first sitting is important because after taking their oath,  they will elect the speakers.

"Except the administration of the oath or affirmation of office to members present."

Jubilee, which is also in Azimio, has fronted Harrison Wangoro Mwangi as its candidate for the speaker’s position.

Governor Sakaja has pledged to work together with all MCAs to bring order and dignity in Nairobi.
Counties
3 weeks ago

Samuel Nundu says he was a state officer and ought to have resigned in February to contest for the position
News
2 weeks ago
Post a comment
WATCH: The latest videos from the Star
by MAUREEN KINYANJUI News Reporter
Nairobi
18 September 2022 - 22:00
Read The E-Paper