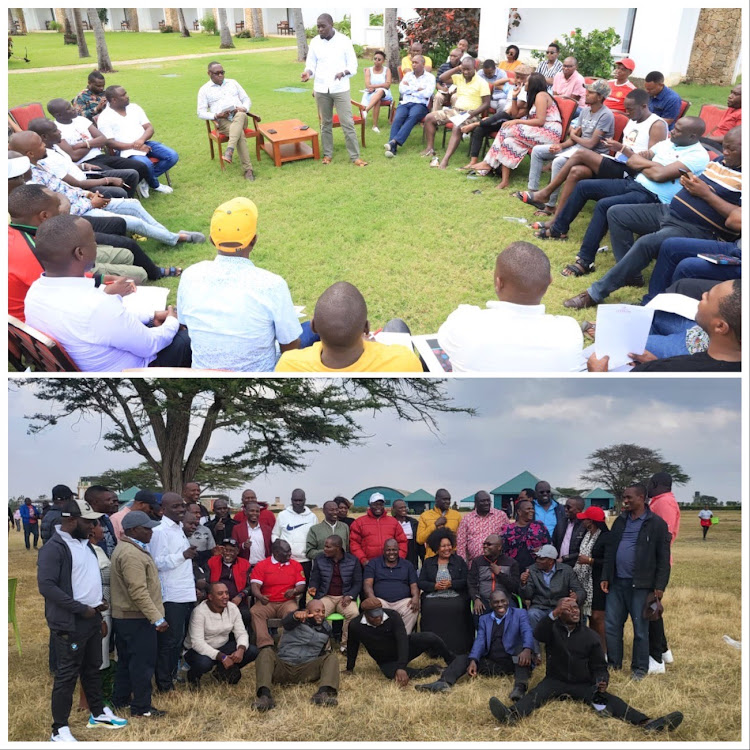 Two camps have already emerged as  Nairobi MCAs head to elect their fourth speaker of the county assembly this week.

Over the weekend Azimio la Umoja-affiliated Nairobi MCAs met to strategise ahead of the election.

The MCAs held a caucus over the weekend after snubbing a Mombasa trip organised by Governor Johnson Sakaja.

They also met speaker aspirant Ken Ngondi in day-long bonding while their counterparts from the Kenya Kwanza coalition met the governor.

Speaking to the Star, Makongeni MCA Peter Imwatok who has been tasked with Azimio activities in the assembly said that the meeting at Ngong was to ensure the coalition sweeps all vital seats in the assembly, including speaker and crucial committee chairpersons.

Imwatok sad that the Mombasa-sponsored trip by Sakaja also had the speaker’s elections as part of its agenda.

"We led this team to Ngong to strategise on how we can scoop the speaker seat and other important sectorial committees," the Makongeni MCA said.

"Let it be known that Sakaja was in Mombasa to strategise also on how the speaker seat could be grabbed by Kenya Kwanza."

Imwatok, who is also the minority whip, said the Azimio MCAs could not attend the governor’s trip as they were keeping vigil ahead of Monday’s Supreme Court ruling.

"Our soldier, our party leader is wounded and that was also part of  the agenda of this Ngong meeting to ensure that we remain intact as we wait for the Supreme Court verdict slated on Monday," Ngei MCA Redson Otieno said.

Makina MCA Mary Masitza defended the meeting, saying it was vital to caucus and discuss how they will champion the Azimio agenda.

"We must caucus and agree on certain issues that will steer our agenda as a coalition one of them is the speaker seat which remains top,” she said.

Deputy minority whip Moses Ogeto who is also the Kilimani MCA questioned the source of funds for the Mombasa trip organised by the new governor.

He said that Azimio-affiliated ward reps would not attend the caucus if the bill is to be footed by taxpayers' money.

"As Azimio MCAs we will really want to know whether taxpayers money was spent on people who have not been sworn in as MCAs,” Ogeto said.

Governor Sakaja pledged to work together will all MCAs to make Nairobi a city of order, dignity, hope and opportunity for all.

“Take time to know who your MCA is as they are your direct representative for all the county functions. We have committed to work with them for all the people of Nairobi. Let’s make Nairobi work,” Sakaja said.

By law, the election of the 47 speakers is supposed to take place immediately after the MCAs are sworn in.

The standing orders also state that there will only be two items in the order paper on the first sitting —the election of the speaker and swearing-in of members.

Nairobi, for instance, the third assembly is expected to hold its first sitting on September 9.

The sitting, according to standing orders, should take place not more than 30 days after the general election.

They say they can't leave town while judgment on Raila petition is still pending.
News
2 months ago

The sessions have been organized to prepare the legislators ahead of the first sitting of the House.
InPictures
2 months ago

IEBC gazettes all Senators and MCAs