The principal amount owed to NSSF stood at Sh14.2 million during the period under review.

•The State Department for Culture has other recurrent pending bills of Sh129.49 incurred from the procurement of Covid-19 testing equipment by the Institute of Primate Research. 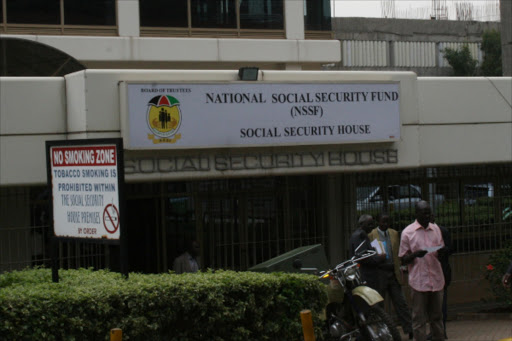 The National Museums of Kenya owes the National Social Security Fund Sh155.56 million in accrued interest and penalty as of the end of the 2020/2021 financial year, a report has shown.

The National Treasury’s Social Protection, Culture and Recreation Sector 2022/23-2024/2025 report said the principal amount owed to NSSF stood at Sh14.2 million during the period under review.

The report said aside from that, the State Department for Culture has other recurrent pending bills of Sh129.49 incurred from the procurement of Covid-19 testing equipment by the Institute of Primate Research.

“The pending bills for FY 2019/20 pertain to the proposed partitioning of offices for Alternative Disputes Resolution Mechanism and works completed during FY 2019/2020,” the report said.

The pending bills for Sports relate to unpaid certificates of work done for soft services (pitch, access control and ticketing services) CHAN 2018 Championships, according to the report.

“The case is now in court and the department is working towards settling the matter with the contractor out of court. The other bill is for Kenya Academy of Sports Development amounting to Sh153.03 million relates to outstanding certificates for Phase 1 of the academy,” it shows.

In the 2021/22 financial year, there is a budget provision of Sh54 million to cater for the outstanding payment and the sector has allocated the academy Sh99 million in 2022/23 to clear the bill.

The report said the pending bills for Labour arose as a result of budget cuts during the Supplementary Budget.

“The pending bill under construction of National Promotion Employment Centre in Kabete in 2019/20 financial year of Sh76.44 million was partially settled at Sh49.10million during the first half of the FY 2020/21 leaving a balance of Sh27.343 million after a 50 per cent budget cut,” the report says.

It says the pending bill of Sh26.17 million in the 2020/21 financial year relates to construction works for the Occupational Safety and Health Institute.

National Museums of Kenya official believes there are more precious wrecks within the coastal line.
Counties
1 week ago