•If elected, Sakaja said he will divide Nairobi into four quarters to decentralise the county’s leadership.

•Sakaja and Njoroge have promised to initiate Sh50 million biashara fund per year to each of the 85 wards to facilitate small businesses. 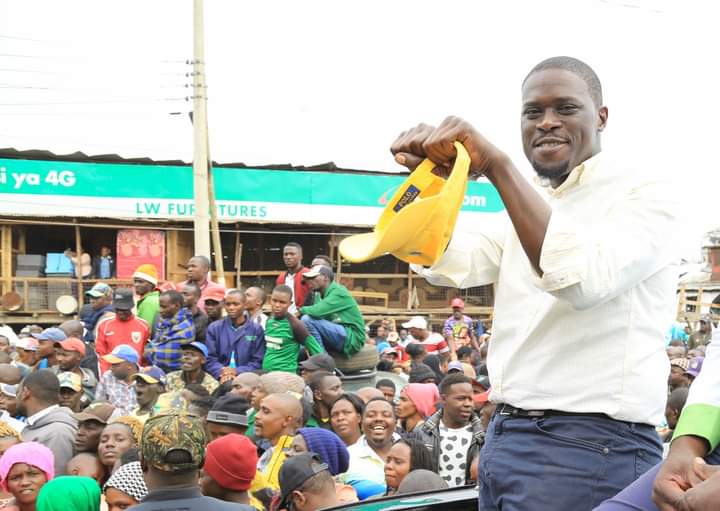 Sakaja said the manifesto, City of Order and Dignity, is for the people who need proper services.

In his manifesto, Sakaja has pledged to construct 20 new markets across Nairobi to promote traders and decongest the main city markets, Gikomba and Wakulima, to provide an easy environment for doing business.

Gikomba, which is East Africa’s largest open-air market, has been prone to perennial fires which have cost traders loss of property worth millions, pushing some to unemployment.

Other markets are Toi and Kangemi.

If elected, Sakaja said he will divide Nairobi into five boroughs to decentralise the county’s leadership.

Each of the five namely East, Central, West, North and South will be headed by city managers whom he will appoint.

“The city managers will deal with the specific needs of every part of the city. Once Nairobi works, Kenya works,” he said.

Sakaja has pledged to introduce a single QR-enabled permit which they said will prevent the need of having multiple licences and subsequently eliminate the hurdles of doing business.

These business permits and licences are renewed yearly by members of the public and the business community.

The Senator pledged to implement a school feeding programme for all public primary schools.

“If you go to businesses, you will find a big board with licences, that will end, we are going to break it down to one license,” he added.

Sakaja and Njoroge have promised to initiate Sh50 million biashara fund per year to each of the 85 wards to facilitate small businesses.

“Nairobi's budget is more than Sh35 billion every year and it cannot be impossible to allocate some of this money to promote small traders in the spirit of the UDA bottom-up philosophy,” he said

If elected, Sakaja promised to deliver clean and safe water to all households.

The city population now stands at about 4.3 million people according to the 2019 Kenya Population and Housing Census by the Kenya National Bureau of Statistics.

The high population has exerted pressure on the existing physical facilities such as housing, road network, sewerage lines and water supply infrastructure.

This has subjected residents to water rationing in most parts of the city.

To address the transport system, he promised to provide efficient mobility that is affordable, reliable and orderly.

For Nairobi to fully develop, Sakaja said the city needs a proper Mass Transit System because a city with good infrastructure attracts business and has fewer problems.

“If there is a reliable transit system, there will be less need to use personal cars,” he said.

Some of the challenges they want addressed include sanitation, employment and waste collection.
Counties
5 months ago

Sakaja-Njoroge to launch manifesto in 10 days