• Sakaja promised that his administration will ensure Nairobi is pro-business, with solutions to ease the cost of doing businesses.

• The EBC raised concerns about the city’s planning and change of land use that has sometimes been random and driven by deep pockets. 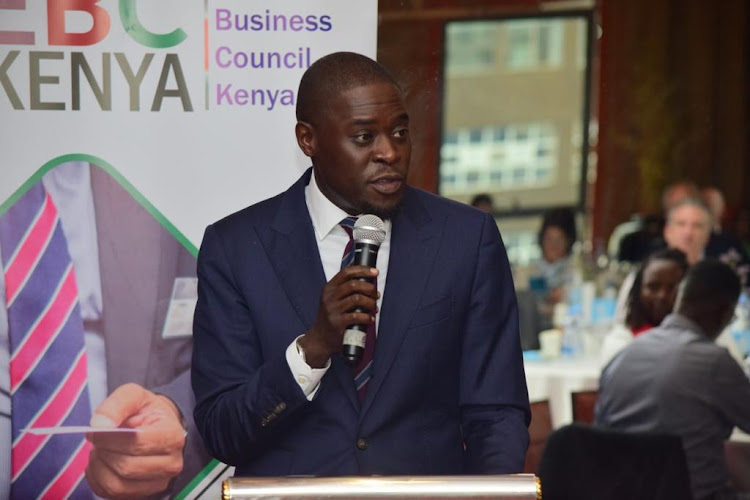 The Kenya Kwanza candidate pledged that his administration will ensure Nairobi is pro-business with solutions to ease the cost of doing businesses.

He was speaking during a breakfast meeting with the European Business Council (EBC) Kenya, where he announced that City Hall will have one e-license that’s easily accessible, if elected.

“My administration will ensure there is a one-stop shop for investors to get information about the county, it’s master plan, and what is needed to do business. We will have one e-license that’s easily accessible,” Sakaja stated.

Supporting the PPP idea, Sakaja stressed that Nairobi needs to continue positioning itself as a business and financial hub in Africa in order to attract investors.

The EBC raised concerns about the city’s planning and change of land use that has sometimes been random and driven by deep pockets.

“Nairobi was the green city, well organised and well planned. This has been lost as we see developments, seemingly without a plan in every other corner of the city,” said Johnstone Bogonko an EBC Kenya member.

Mushrooming of night clubs in estates and lack of essential services were among issues raised in the meeting, that called for the need to change management in the county.

In addition, the gubernatorial hopeful revealed there will be a holistic vision for the city, outlined in a master plan that addresses some of the current issues and highlights the opportunities for investors.

“The citizens of the city must own the city and have proper public participation that is open for all. We will have participatory budgeting and also planning of the city so we can all own this city and it’s future,” Sakaja noted.

On his proposed school feeding programme, the Senator called on EBC Kenya and other private sector players to partner with his administration to deliver this initiative to help keep children in school.

He pledged to implement a school feeding programme for all public primary schools.

Nairobians cannot be dictated on who to elect - Ruto

Ruto said they are not going to succumb to threats from some quarters that are after installing their projects.
News
1 month ago

I'll merge multiple licenses into one if elected governor - Sakaja