Azimio candidates dropped in zoning to get state jobs - Shebesh

Says the idea is not meant to hurt anyone but to consolidate votes for Raila Odinga.

• Shebesh said the Nairobi Azimio team was targeting close to two million votes for Raila and if there is sibling rivalry, that target will not be achieved. 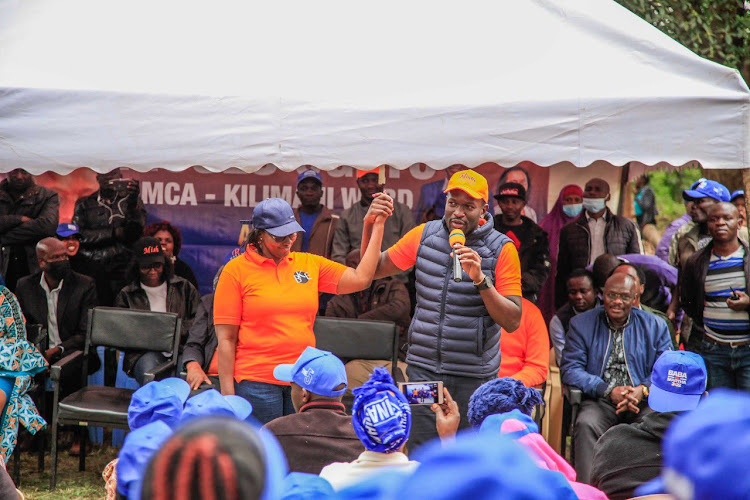 Azimio candidates affected by zoning in Nairobi will serve in government if the coalition wins in August, Gender CAS Rachel Shebesh has said.

She said zoning is not meant to hurt anyone but to consolidate votes for Azimio presidential candidate Raila Odinga.

“We are appealing to all those who have been asked to step aside to do so in good heart. The Azimio government has a lot of opportunities to offer,” Shebesh said.

The decision was reached after Raila convened a meeting at KICC in Nairobi.

Shebesh said the Nairobi Azimio team was targeting close to two million votes for Raila and if there is sibling rivalry, that target will not be achieved.

“Stepping aside is not an easy decision but sometimes it’s good to see the bigger picture. I campaigned a lot and I disappointed most of my supporters but I said it’s good we work as a team," Wanyonyi said.

"We want Raila to win with two million strong voters and a strong brigade of elected leaders to defend him.”

ODM secretary general Edwin Sifuna said they will continue to hold Town Hall meetings to ensure they have a strong team.

Sifuna, who is seeking Nairobi’s senatorial post, said having many Azimio candidates seeking the same seat will give their opponents an upper hand.

However, Wiper has vowed to continue with campaigns as their candidates have been cleared by the IEBC.

In the Azimio line-up that was revealed in April, most incumbent ODM MPs retained their positions.

In Dagoretti North, CAS Gender Beatrice Elachi was given the ticket to succeed MP Simba Arati, who is running for Kisii governor.

The incumbents include Ndirangu Waihenya of Roysambu, Mercy Gakuya (Kasarani) and Abdi Yussuf Hassan of Kamukunji.