Badi says the projects will be undertaken in a participatory, open and transparent manner 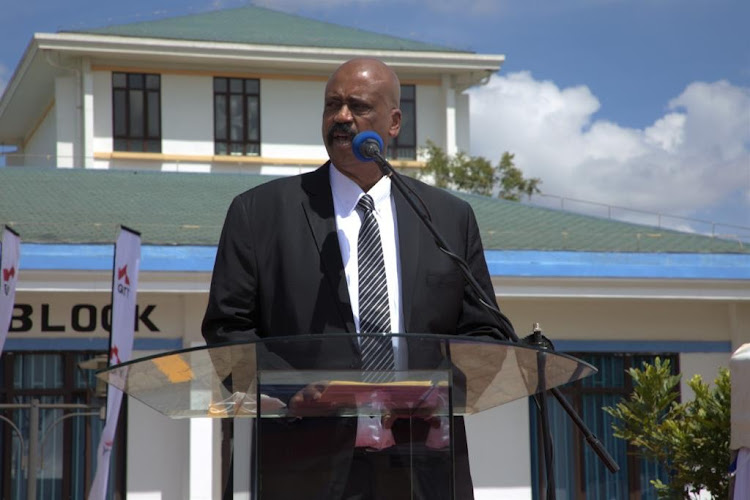 The Nairobi Metropolitan Services has assured residents of open and transparent allocation of houses under the Affordable Housing Programme phase two.

"NMS seeks to inform and assure the public that the projects will be undertaken in a participatory, open and transparent manner,” a notice reads.

At least 60,000 units will be put up under the project, which is aimed at addressing the housing deficit in Nairobi.

NMS director general Mohammed Badi announced that demolitions will only occur once alternative housing has been completed.

“Existing tenants will be given priority in redeveloped estates under the tenant purchase scheme to enhance affordable ownership,” he said.

Badi further said the project will be implemented in phases with the initial developments taking place in open spaces within the estates to minimise disruptions and ensure a seamless transition.

The project will comprise mixed use developments to promote commercial and social cohesion.

Also, the units will be let out on a rental basis as well as home ownership both under the Affordable Housing Concept and Open Market Sale.

Additionally, measures will be put in place to preserve historical and heritage sites within the estates.

As part of the redevelopment plan, the Bahati estate project will see the building of 12,000 high-density storied buildings of between six and 16 floors.

It will consist of three, two and one-bedroom units to replace bungalows sitting on the 20.4 hectares estate.

Phase one of the AHP continues to take shape as a selection exercise took place last month with the 48 original tenants choosing their houses.

The original tenants of Pangani will be part of the first group that will take ownership of the new units.

In May 2020, each of the tenants received Sh600,000  to facilitate their resettlement rent for two years as construction works continued.

Each tenant will be allocated a new house for which they will pay Sh8, 000 monthly for 30 years.

David Sirma, representing Technofin, who is the developer of the project revealed that the apartments are divided into two, where the affordable housing ones have 952 units and the commercial ones are 610 units.

As part of the project, social amenities will also be set up within the compound.

Infrastructure services like water have been addressed with sufficient water supply storage being factored in two-level basements.

A basement parking in the courtyard with playgrounds on top will also be set up, a playground and a supermarket.

Pangani being the pilot project is estimated to be valued at Sh5 billion, on 5.2 acres of land

It is among seven estates that are under the AHP in Nairobi; Jevanjee, Ngong road, Suna Road estates, Uhuru and Inspectorate staff quarters.

The official groundbreaking of Pangani estate was meant to happen in August 2018 but was postponed to December the same year.

The project commenced on May 18, 202o, and was officially launched by President Uhuru Kenyatta on June 30, 2020.

Kenya’s push for affordable housing is creating opportunities despite barriers