Sakaja: It's time to address land issues in Nairobi

He noted that absentee landlordism is the main constraining factor to slum upgrading efforts in Nairobi.

• He noted that absentee landlordism is the main constraining factor to slum upgrading efforts in Nairobi. 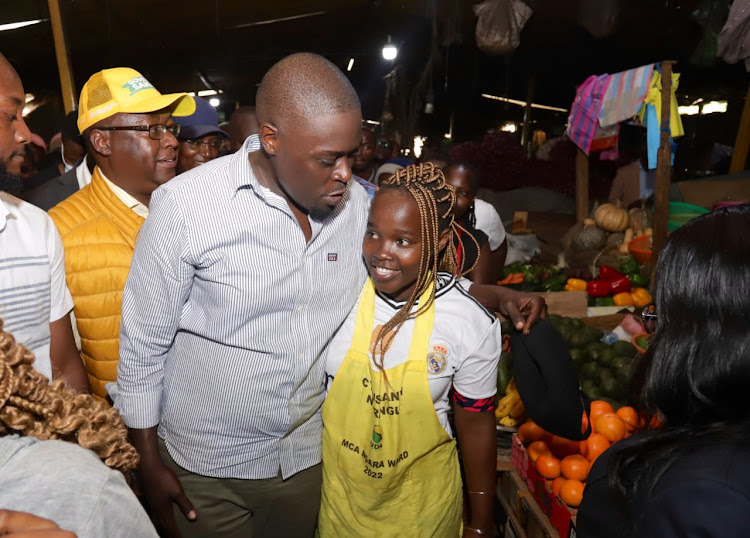 Nairobi gubernatorial aspirant Johnson Sakaja has said there is need to address the land tenure system in the city’s informal settlements.

Speaking on Saturday, Sakaja said the issue of land ownership, access and rights had been ignored for long and it needs proper attention.

There are about 200 informal settlements in Nairobi covering an area of approximately 1,184 hectares and hosting a population of more than 1,382,205 people or approximately 60 per cent of Nairobi's total population.

There are seven main categories of land tenure in the informal settlements of Nairobi.

He noted that absentee landlordism is the main constraining factor to slum upgrading efforts in Nairobi.

More than three quarters of residents in the informal settlements of Nairobi are tenants who pay rent to absentee land lords through agents and this contributes to most of the conflicts that arise in slum upgrading efforts.

The Nairobi senator stated settlements on uncommitted government land including Mathare, Kibera and Korogocho are the most affected with over 90 per cent of the population living in informal settlements.

“The rights of the large number of settlers in this settlements must be addressed and manage the issue of absentee land lords. We need strategies for a pro-poor land management system,” he said.

He said children from poor homes will realise the most value from his proposed free school feeding programme that will provide lunch in all 209 Public primary schools, in Nairobi County.

Sakaja called on Nairobi residents to shun tribalism and vote for leaders based on track record and character.

"We will enact policies that will offer a growth opportunities," he said.
Counties
1 month ago

Igathe said his administration with Kaloki will be all inclusive, if elected.
Counties
1 month ago

They are Igathe (Azimio), Sakaja (Kenya Kwanza), Kagure (indepedent) and Nyamwamu (UPA).
Counties
1 month ago
WATCH: The latest videos from the Star
by MAUREEN KINYANJUI News Reporter
Nairobi
28 May 2022 - 17:18