Landlord, wife in court for breaking into tenant’s shop

They are also accused of destroying electronics of the complainant. 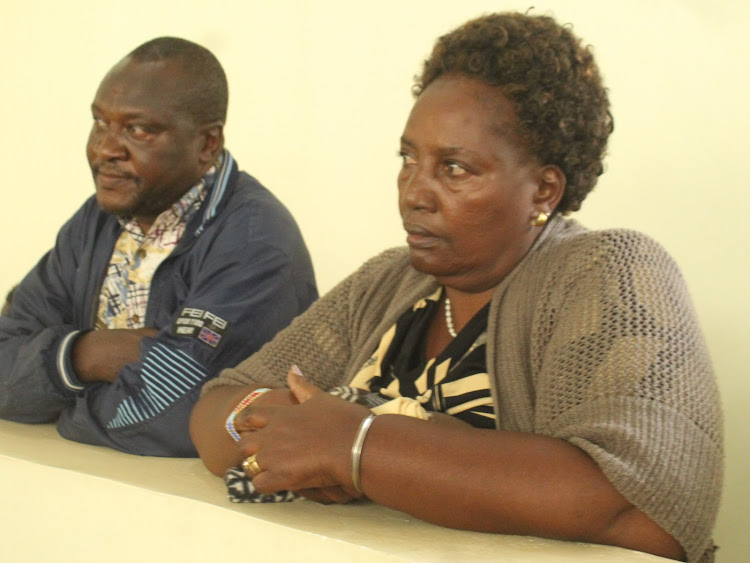 Mary Nyambura and Simon Maina on May 25, 2022.
Image: CLAUSE MASIKA

A landlord and his wife were on Wednesday charged with breaking into their tenant’s house and destroying electronics worth Sh180,000.

Mary Nyambura and Simon Maina were arraigned before Kibera senior principal magistrate Phillip Mutua when the matter came up for plea taking.

The charge sheet indicates that on diverse dates between April 10 and April 30 at Kawangware in Nairobi county with others not before the court, they broke into the shop of Nicodemus Lowoton with the intention to commit a felony.

The two were also charged with wilfully and unlawfully damaging a CCTV camera, HDMI, cables and four TFT monitors.

They denied the charges and their lawyer told the court that one of the accused person was diabetic and needed medical attention.

The court was told that the two were a couple and landlord to the shop in which the offence was allegedly committed.

The court was further informed that there was an intention to settle the matter out of court with the complainant.

Their lawyer said the two accused were not a flight risk and urged the court to release them on lenient bond terms.

Mutua released them on Sh50,000 cash bail and directed that the matter be mentioned on May 30 for a pre-trial.

Denied charges; accused of posing as planning head who could change land use.
Counties
1 month ago