Denied charges; accused of posing as planning head who could facilitate land use change 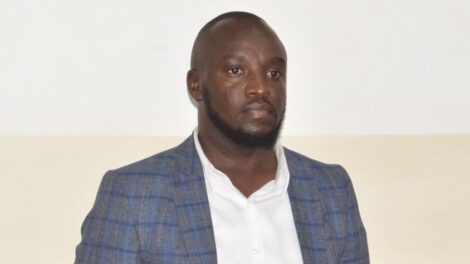 A man posing as the head of planning at City Hall has been charged with obtaining obtaining Sh862,000 from a businessman to falsely change land use.

He denied the charges on Friday.

Caleb Muli with others not before the court are said to have defrauded a businessman of the amount, promising to help him to prepare a change of usecertificate for land in Riruta, Dagoretti.

According to the court documents, the accused person defrauded Daniel Wanjohi the Sh800,000 on dates between February 18 and March 12 this year .

The two are said to have met at City Hall where Muli was introduced to the complainant as the head of planning.

The complainant waned to change his land use from commercial purposes to  utility purposes as he wanted to put up a petrol station.

The accused person allegedly assured the complainant that he was in a position to facilitate the process within a month. According to court documents, he asked for more than Sh100,000 for facilitation.

The amount was deposited into a bank account he shared with the complainant. He requested other amounts be deposited and later stopped communication with the victim.

Court papers said the money was channeled through the accused person's account through a certain bank.

When the accused is said to have stopped communicating, the complainant reported the matter to the DCI, which launched investigations and arrested Muli.

The case will be mentioned on May 30.

Man conned out of his land loses compensation bid

Justice Okong’o rules Mark Lecchini dealt with a fraud who was not the registered proprietor of the land.
News
1 year ago