Nairobi generates 3,000 metric tonnes of waste a day and most is disposed of at Dandora dumpsite 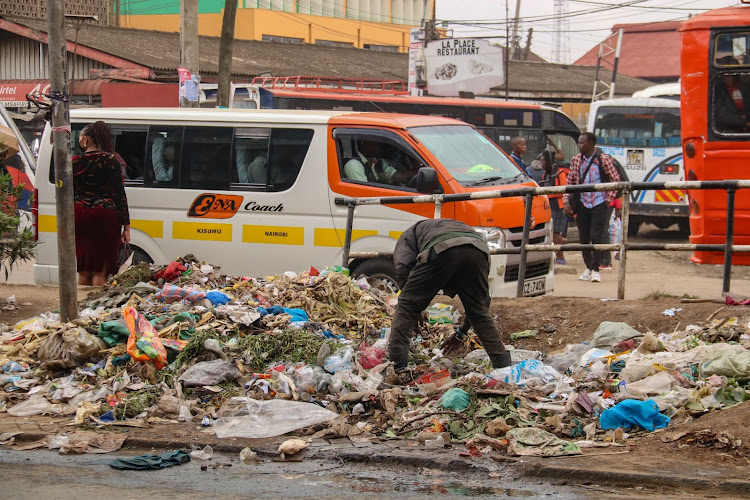 Hawkers are once again on the spot over the garbage menace along Haile Selassie Avenue.

A spot check by the Star on Tuesday revealed that hawkers have camped at the entrances of Muthurwa and Wakulima markets from the Haile Selassie roundabout opposite Kenya Railways.

They have also taken over the pedestrian walkways around the market, denying business opportunities to Muthurwa traders who pay a fee to operate there.

Nairobi generates 3,000 metric tonnes of waste a day and most of it is disposed of at Dandora dumpsite, making it unsustainable.

Nairobi Metropolitan Services has only been able to collect a little more than 2,000 metric tonnes.

Dandora dumpsite was opened in 1975 with World Bank funds and 26 years later in 2001 it was considered full.

However, illegal dumping of garbage has been an on and off concern for both Nairobi residents and traders with NMS faulted for lack of intervention. 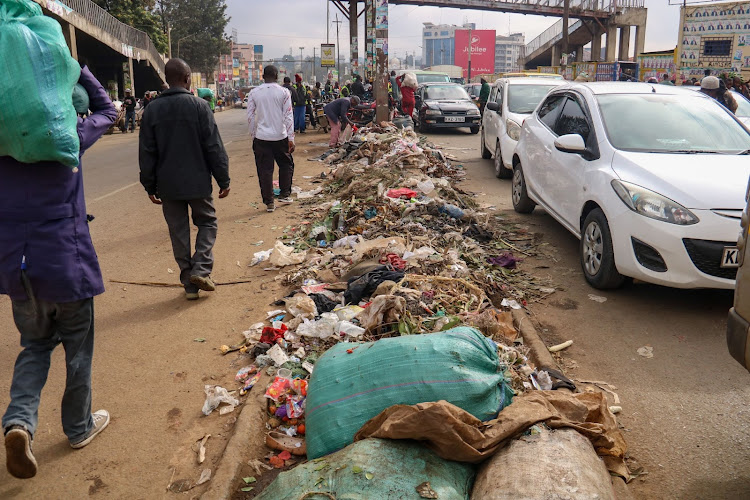 He said areas along and inside Muthurwa and Marikiti markets are the most affected despite playing a major role in the supply of the food consumed in the county.

The two markets are on the spotlight for becoming an eyesore as mounds of garbage remain uncollected, putting at risk the lives of traders and consumers.

“The garbage from the hawkers either ends up in the markets or are dumped along Haile Selassie Avenue,” Ngegi said.

In attempt to solve the menace, NMS has started its plan of setting up waste recycling facilities in all the 17 subcounties to manage garbage in the city.

Already, one facility has been set up along Kangundo road in Embakasi West subcounty.

The MRFs will be placed at strategic locations, like markets and parks.

They were to be used every night, replacing the labour-intensive system of street sweepers who were to be deployed elsewhere.

The machines were to operate from 9pm along Harambee, Kenyatta and Moi avenues and along Tom Mboya, Standard, Mama Ngina, Kimathi and Muindi Mbingu streets.

In March, garbage collection was said to have improved after NMS hired new contractors, bringing 205 trucks.

Last year, NMS aimed to dispose of an average of 3,000 tonnes of garbage at the Dandora dumpsite daily.

The agency improved collection from 1,000 tonnes to an average of 2,500 tonnes a day.

NMS had earlier accused 'saboteurs' of undoing their good work by spilling and piling up heaps of garbage where it had already been collected.

Some leaders allegedly using goons to evict organised youth from their business.
News
9 months ago

Hawkers have camped on the doorstops of Muthurwa and Wakulima markets.
InPictures
9 months ago

With disasters like floods, wastewater has been washed right back into flowing rivers.
News
9 months ago