The entry of Igathe in the race, last week caused tension, division and uproar within the camp

•Westlands MP Tim Wanyonyi who appeared to be the favourite candidate was left out. Raila said Wanyonyi will instead defend his seat.

•Nairobi Governor Anne Kananu was not lucky either. She had hoped to get the governor ticket under Jubilee but that didn't come to pass. 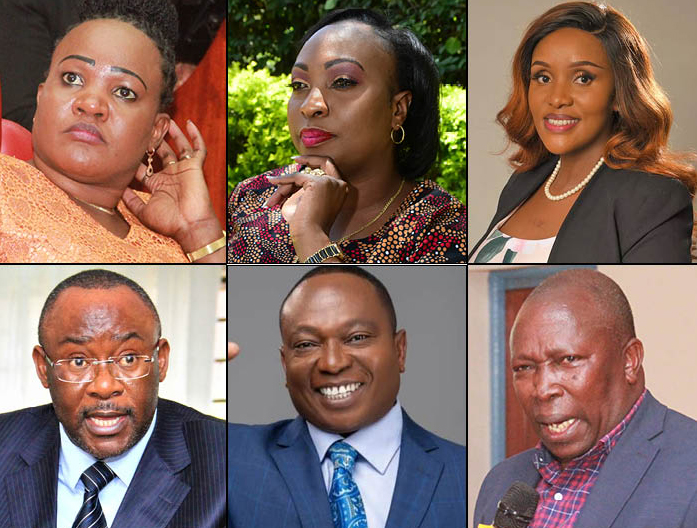 Some big names in Nairobi politics are still nursing the pain of being left out in the Azimio la Umoja lineup announced last week.

In the Azimio lineup, Raila Odinga said former Equity Chief Commercial Officer Polycarp Igathe will fly the coalition's flag for the governor race and will be deputised by former Kibwezi MP Philip Kaloki.

He said the coalition had resolved to field ODM secretary general Edwin Sifuna as the Nairobi Senator candidate while Esther Passaris will defend her seat as Woman Representative.

The entry of Igathe last week caused tension, division and uproar within the Azimio camp leading to some big wigs dropping their ambitions.

Westlands MP Tim Wanyonyi who appeared to be the favourite candidate was left out. Raila said Wanyonyi will instead defend his seat.

The legislator appears to have been favoured by party members and officials but was betrayed after Igathe joined the race.

In January, Raila hinted at endorsing him for the governor seat during a rally in Dagoretti.

The ODM leader while introducing Wanyonyi to the crowd at Kawangware referred to him as gavana mtarajiwa, loosely translating to the incoming governor.

She described the MP as a very organised and intelligent person since they worked together in the  Kenya Paraplegic Organisation.

Kananu who is also one of the losers, had hoped to get the governor ticket under Jubilee but that didn't come to pass.

She was banking on her becoming the first female governor of the city, strongly believing that Nairobi is and would be safe in the hands of a woman.

One of her tactics to get the ticket was attending various Azimio la Umoja events graced by Raila.

Ngatia had set the bar for the other governor hopefuls.

From strategic grassroots meetings with residents to at least 25 billboards in the 17 subcounties, he was hopeful to get the jubilee ticket but just like Wanyonyi and Kananu, this never happened.

However, in last Friday’s announcement, the businessman was appointed as the president’s special envoy for trade should Raila be Kenya’s next head of state.

Businesswoman Agnes Kagure said she was still in the race and would vie as an independent candidate.

Kagure said she had no plans of abandoning her ambitions.

Wangui thanked her supporters and dropped her bid in respect to Raila’s wish.

“A decision has been made by the Azimio leadership and I support Raila. However, I defer my ambitions for the woman rep position. I abide by it,” she said.

Kwaboka who had declared interest to vie for the seat under the ODM ticket has not spoken about her next step.

Kamanda was also not lucky after Azimio picked Sifuna.

Kamanda was also against having Igathe in the governor race.

“We have come of age. Igathe ran away from his job when he was deputy governor. He is yet to apologise. We will put up a big fight against him,” Kamanda said then.

“How sure are we that he won't abandon his job again?”

Despite Kamanda's remarks, a decision was made.

Why I chose Mombasa over Nairobi - Sonko

He expressed confidence that Nairobi residents make the right choice on August 9.
Counties
3 months ago

This comes after Jubilee handed its ticket to Polycarp Igathe.
News
3 months ago
“WATCH: The latest videos from the Star”
by MAUREEN KINYANJUI News Reporter
Nairobi
25 April 2022 - 22:00