Wanyonyi will be going back to defend his Westlands parliamentary seat.

• The Sakaja, Wanyonyi meeting has elicited mixed reactions among Kenyans considering the two are from different political factions. 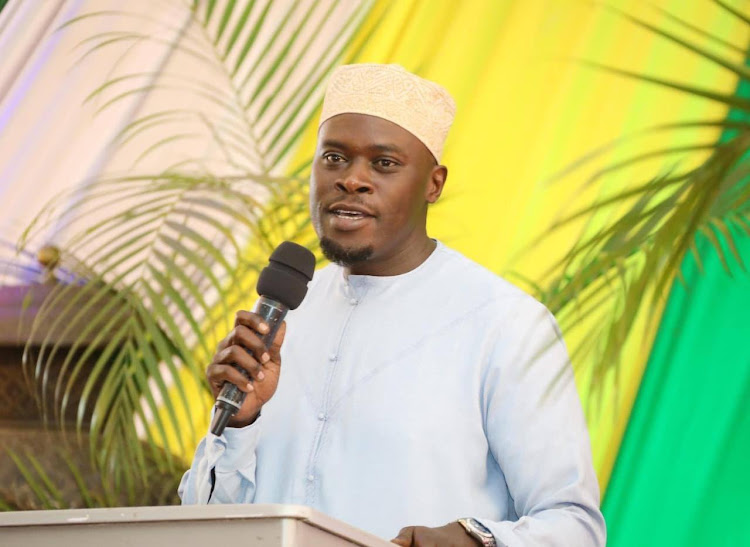 Sakaja, who is the United Democratic Alliance party candidate went ahead and claimed the Raila Odinga led coalition was contemptuous and it has imposed Igathe on the people of Nairobi.

“I am not a sample to the contemptuous the way they have been on the other side by imposing a candidate. There is the people's project, and there's a project of the deep state and statehouse," he said.

The senator, however, said he was optimistic that Nairobi residents know the difference between a state project and a people’s project, noting that the voters will make the right choice in the August 9, polls.

Sakaja expressed confidence that Nairobi residents will vote for him, owing to his track record in the Senate, which according to him speaks volumes of the work he has done.

"I'm confident that we will make the right choice. I don't take it for granted. Our work is to go and convince them as to why they need to choose us for the position of governor of Nairobi."

On Friday, Sakaja met with Westlands MP Tim Wanyonyi hours after the Azimio la Umoja One Kenya Alliance unveiled its Nairobi lineup where it was announced that Wanyonyi will be going back to defend his parliamentary seat.

KNCCI president Richard Ngatia also stepped down from the race and will be appointed the President’s special envoy for trade.

Sakaja, who is from the Kenya Kwanza Alliance is yet to name his running mate, an indicator that something could be cooking by the time he names one next week.

He will also be revealing the Nairobi lineup from MCAs to MPs ahead of an intense three months campaign in the city.

Earlier reports had indicated that Wanyonyi would deputise Polycarp Igathe.
News
9 months ago