Get big boost after incumbent Mohamed Kuti drops his reelection bid over health and endorses him. 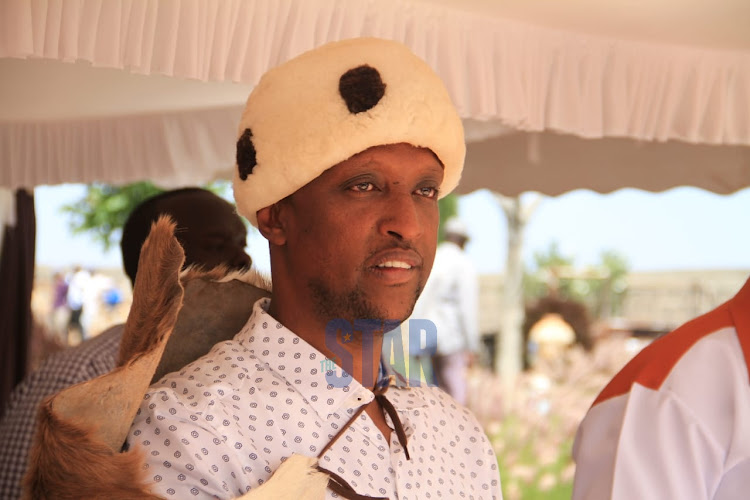 The veteran city politician dropped his bid for Embakasi Central MP to try for Isiolo governor in August.

The boss there, Governor Mohamed Kuti, has dropped his reelection bid citing health reasons and instead endorsed Guyo as his successor.

In a surprise declaration on Saturday, Kuti said he wants to focus on his health and urged the residents to elect Guyo.

“Every start has an end. I have been battling health complications since December. This has prompted me to step aside and concentrate on my health, my family and God,” Kuti said as he declared ‘Guyo Tosha.’

The governor, however, reiterated that he will not take a break from "preaching politics of peace" in the county even after he leaves office.

The Star established that the deal to endorse the third term Matopeni/Spring Valley MCA for the Isiolo top seat was brokered by elders after intense behind-the-scene negotiations and considerations.

The elders, just like in other counties in the Northeastern region, have a big say in the leadership of the county.

They vet and endorse leaders for election in a rotational manner, in what is largely known as negotiated democracy.

With the elders’ endorsement, Guyo, a close ally of President Uhuru Kenyatta, is now just one step away from clinching the coveted seat.

On June 1 last year, Guyo hinted that he would not be going for a ward representative seat again.

“I think I have delivered all my promises for my people and it is time I moved on. Let us embrace every message from President Kenyatta and Raila Odinga at the grassroots and unite Nairobi residents,” he said.

Guyo’s shift of political base will be a relief to Mwangi, alias Mejja Donk, a first-term legislator who seeks to retain his seat on Deputy President William Ruto’s UDA party ticket.

Guyo told the Star he accepted the endorsement and promised to focus on addressing challenges facing the residents.

Persistent drought and famine, as well as insecurity in some parts of the county, are some of the immediate problems Guyo will have to tackle if elected the governor of Isiolo.

“I am going for the governor of Isiolo. I believe I have what it takes to take the county to the next level,” the majority leader said.

Guyo, who is a close ally of President Uhuru Kenyatta, said he will seek the seat on the ruling Jubilee Party ticket.

Most of the political leaders in the county were elected on Jubilee ticket.

“Jubilee is my party and I cannot go anywhere else. We want to transform lives of our people. That is my aim for going for this seat,” he said.

“We want to ensure that our people have food, water and the basic necessities. We will continue to work on infrastructure and expand the road network. We are equal to the task,” he said.

On Friday, Guyo paid the Jubilee nomination fee of Sh500,000. 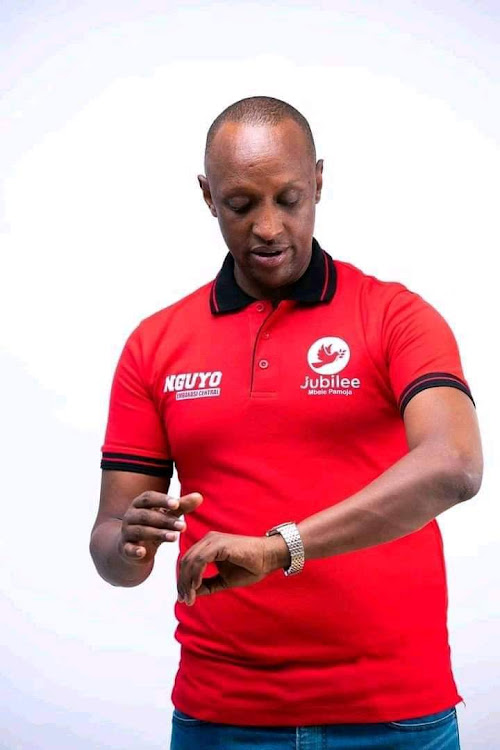 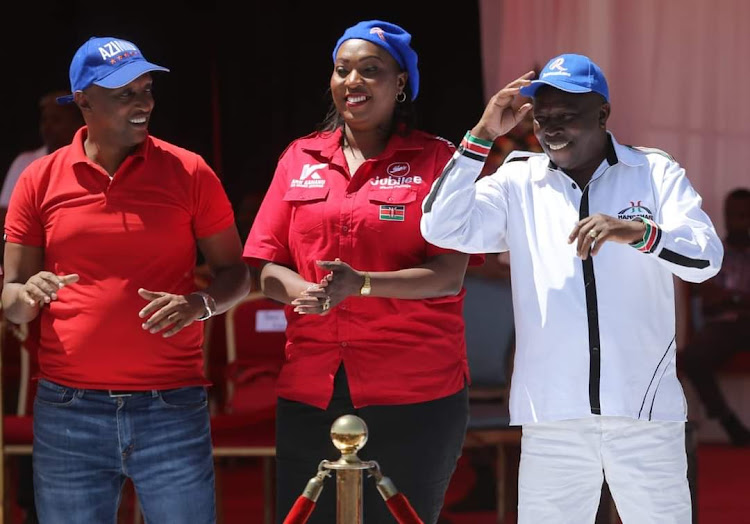 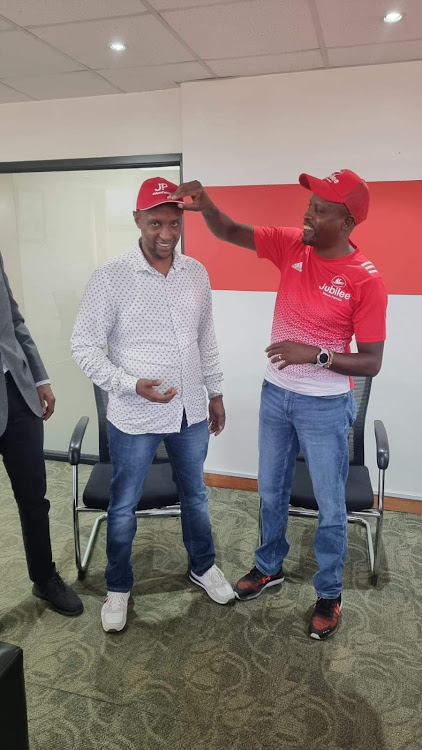 Guyo comes from the  Sakuye community in Isiolo and has been a two-term MCA from 2013 to date. He first served as a councillor from 2007 to 2012.

In the first county assembly from 2013-2017 under the regime of Evans Kidero, he was the minority leader.

The 40-year-old city politician is a confidant of Uhuru. Two weeks ago he was spotted with the President as he drove himself to Kenyatta Market for lunch.

Guyo was once a confidant of former Governor Mike Sonko but fell out in October 2019.

As a result, the Matopeni ward rep lost the majority leader seat to Dandora III MCA Charles Thuo in November 2019, only to regain the position six months later.

Through consultation with the President and top Jubilee officials, Guyo was involved in the journey that saw former councilor Benson Mutura elected as Nairobi County assembly speaker in August, 2020.

In October that year, in his capacity as the majority leader and chairman of the Finance, Budget and Appropriation Committee, he put in efforts to see the Sh37.5 billion budget passed.

At the time there was a standoff between Nairobi Metropolitan Service and Sonko over the allocation of Sh 27.1 billion.

Since then, he led Jubilee MCAs to support Uhuru’s legacy in Nairobi  by ensuring that the Mohammed Badi team  started and completed its projects.

Although he wasn’t the mover of the motion to impeach Sonko in December 2020, Guyo played a significant role in terms of consultation and mobilisation.

With majority whip Paul Kados they were the link between State House and the Jubilee side of the house.

Last year, he chaired the Appointments committee that oversaw  the vetting  and approval of Anne Kananu as deputy governor of Nairobi.

With minority leader Michael Ogada, he led 114 Nairobi MCAs to approve the BBI bill. The efforts didn’t go unrecognised as Uhuru commended them for endorsing the bill unanimously and pleaded with other county assemblies to follow suit.

With the turn of events, Guyo will now embark on intense campaigns in his home county head of the party nominations next month.

Post a comment
WATCH: The latest videos from the Star
by MAUREEN KINYANJUI AND JULIUS OTIENO
Nairobi
27 March 2022 - 22:00
Read The E-Paper