24 Nairobi hospitals commissioned by Uhuru to be ready by April

•This means once completed, KNH will be purely a referral facility with Nairobi residents expected to seek healthcare services in the newly opened facilities.

•One of the constructions of a level three hospital is ongoing in Gikomba. 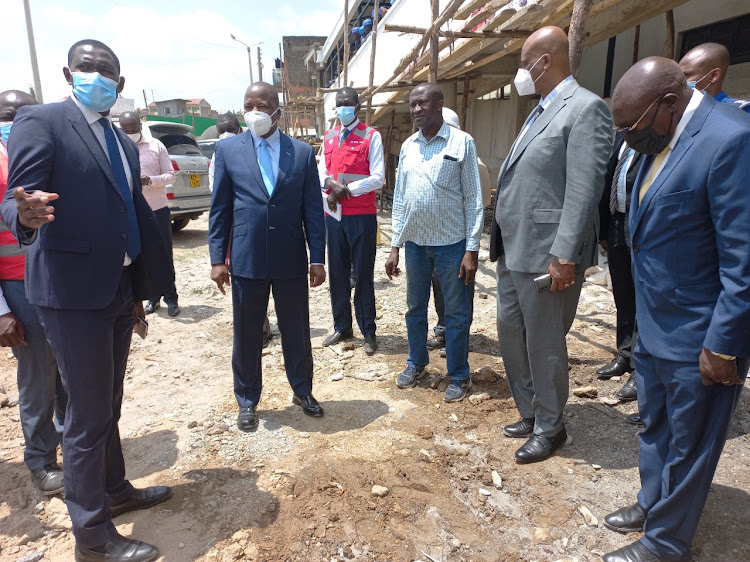 All the level two and three health facilities commissioned by President Uhuru Kenyatta in Nairobi will be ready before the end of April, Health CS Mutahi Kagwe has said.

Kagwe said the completion of the facilities will pave way for the closure of KNH to walk-in patients.

This means once completed, KNH will be purely a referral facility with Nairobi residents expected to seek healthcare services in the newly opened facilities.

One of the constructions of a level three hospital is ongoing in Gikomba.

“The President wants this work finished so that we can start working on KNH. It is not possible to convert Kenyatta into a referral hospital until we have completed all the hospitals that we need in Nairobi so that people don’t suffer when we close walk-in patients,” Kagwe said.

“We thank residents in densely populated areas, there will be inconveniences, some people will move for the expansion of the hospitals but so far we have excellent communication.”

Kagwe spoke on Thursday while inspecting ongoing construction of a hospital in Gikomba.

Nairobi Metropolitan Services director general Mohamed Badi said five facilities will be ready by end of March with all the facilities expected to be done by end of April including level 6 in Mathare.

“We are almost completing the level 2 and 3 hospitals,” Badi said. 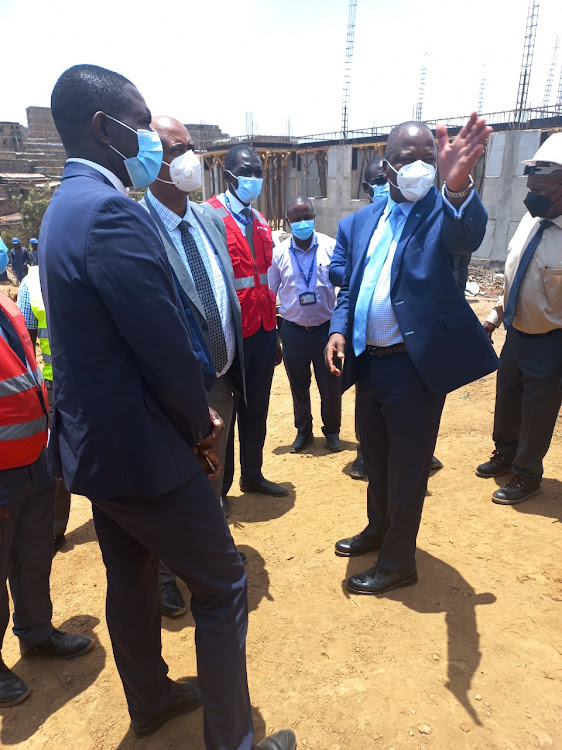 Health CS Mutahi Kagwe and NMS DG Mohamed Badi inspect ongoing construction of level 2 and 3 facilities in Nairobi. The hospitals aim to decongest KNH and bring services to people in the slums

With a population of close to five million people, 47 per cent of Nairobi residents have always depended on KNH as their first point of access to healthcare services.

Following a deed of transfer in February 2020, NMS embarked on a journey to change the health system.

The President directed NMS to construct 24 hospitals to have accessible and affordable healthcare in slums.

Nineteen out of the 24 health facilities would be built from scratch each at Sh70 million while the other five would be rehabilitated for Sh300 million.

Ten of the facilities were level 2 hospitals and the other facilities level 3. 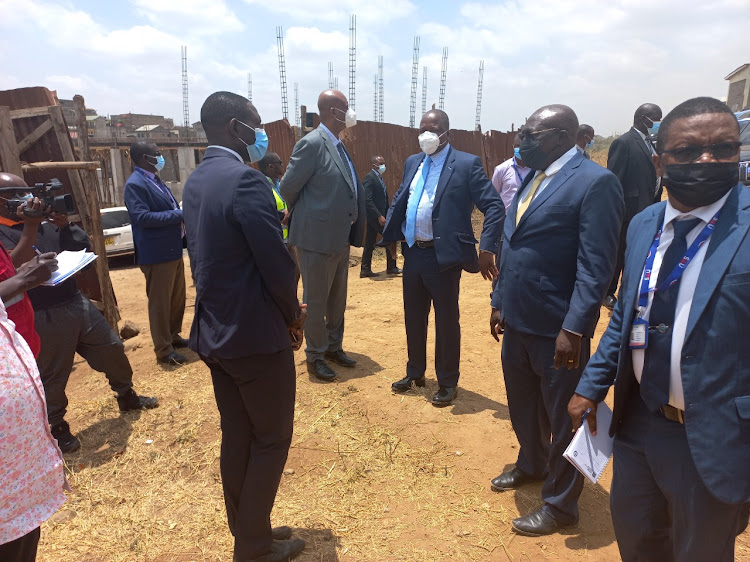 The sorry state of slum hospitals recently launched by Uhuru

NMS likely to complete projects as Badi to get Sh18.9 billion

Proposed allocation a drop of Sh300 million from Sh19.2bn in this financial year.
Counties
7 months ago

The health facilities mostly located in informal settlements have around 2,000 health care workers
Counties
7 months ago