Why nominated MCA Wangui B wants to be city woman rep

•However, she is now ready to battle it out through nominations, for the same position.

•Last year, Wangui B ditched Mwangi Kiunjuri’s The Service Party party where she served as the vice chairperson and joined the Azimio la Umoja Movement. 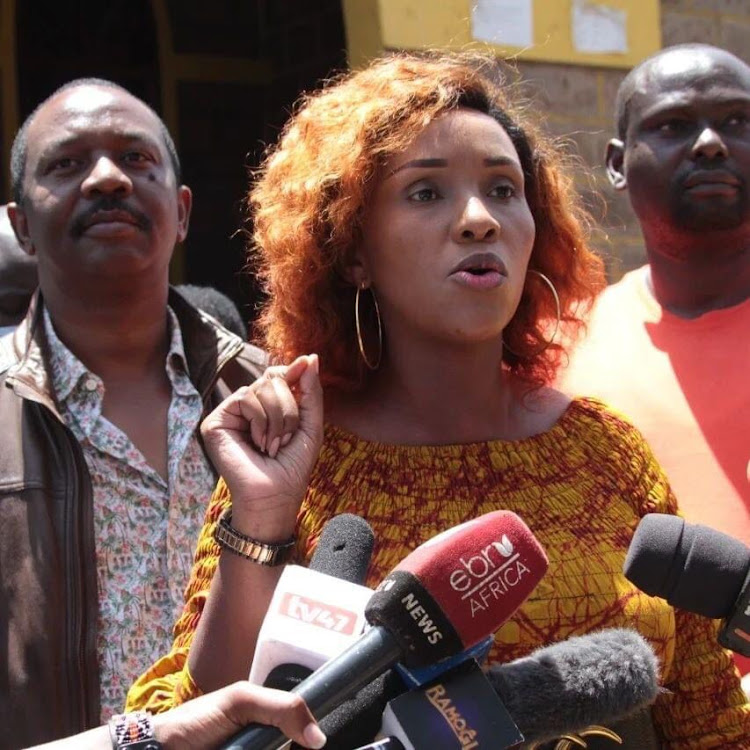 Wangui B is a contractor and director at City Stone Limited.

She started her political career in 2013 as a nominated MCA at the Nairobi county assembly.

In 2017, she vied for the woman rep seat but lost in the Jubilee nominations.

However, she is now ready to battle it out through nominations for the same position.

Former Prime Minister Raila Odinga said Wangui was a courageous and visionary leader who deserves to be in a top leadership position.

“Wangui Ng’ang’a is a great asset and I’m happy to be in the same camp with her for our State House race. I support her political ambitions,” he said.

Ready to get the party ticket in the nominations, Wangui B has started campaigning and as Azimio’s Nairobi organising secretary, she has joined the train to ensure Raila wins. She spoke to the Star:

Many Kenyans are yet to understand or feel the importance of having a woman representative position. What’s your take?

If Kenyans don't understand, it means there has not been sufficient and meaningful civic education on the constitutional role of the woman rep.

The position is not an ordinary seat, it was put in the Constitution as an affirmative seat.

Beyond representation, legislative, and oversight, the National Government Affirmative Action Funds from the government are advanced to the woman rep for social-economic activities to aid women, youth and people with disability.

We have had two powerful women occupy that position. What makes you different from Passaris and Shebesh?

I’m a go-getter, so I'll source funds to implement my people's priority programmes beyond my defined space.

I will tap into my network locally, regionally and internationally.

I’m persistent, so I'll consistently push for an increase of the NGAAF funds which is inadequate.

How will you use your position to make a difference to Nairobi residents?

If elected, I'll be handing 17 constituencies in Nairobi and I will not re-invent the wheel but I will make it better in terms of seat visibility and awareness. In my term, civic education will be key.

Mine will be a linkage and facilitation role between the national government and the county government. I seek to fast track through Nairobi county the timely completion of the rehabilitation centre in Ruai, which will be a safe home for our street families.

With the rise of GBV, drugs and mental health issues, I will seek budgetary allocation from the Ministry of Public Service to put up safe houses across Nairobi.

You are coming against strong opposition from the UDA wing. What makes you believe you will win?

I believe I’m in a much stronger coalition in the making. I have a loyal following because I have been a leader for 10 years in Nairobi. 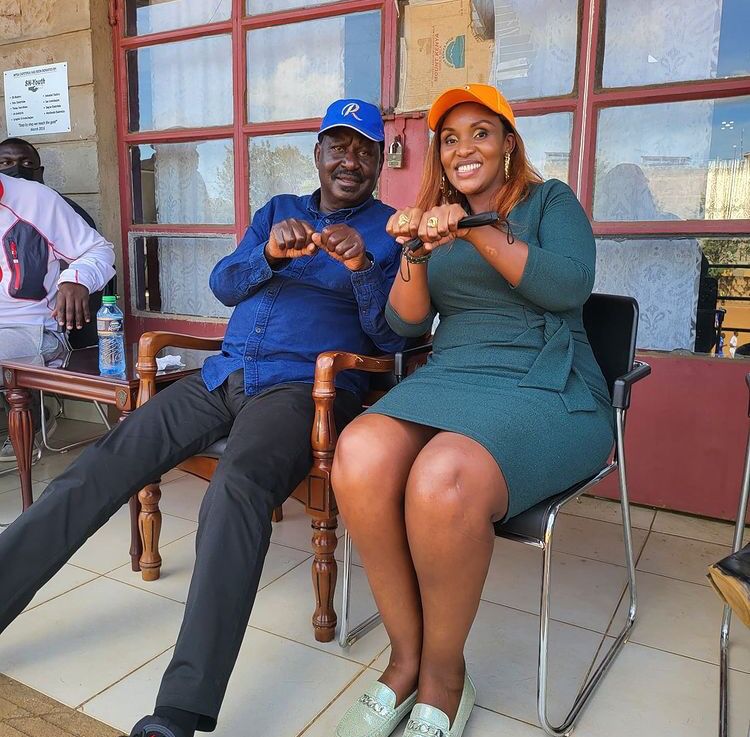 Why Azimio la Umoja and not any other party?

Azimio embraces inclusivity and diversity. It's anchored on Article 10 of our Constitution and so are my leadership values.

When I quit The Service Party,  Baba (Raila) received me and gave me home under Azimio.

As our captain, he has managed to bring people together without looking into ethnicity or gender. This is the winning team.

My sister and I are the true definition of a democratic family. Despite us being in different political camps, we are each other's support.

Woman leadership in Nairobi has been faced with a lot of challenges. Why is it hard for women to prosper in Nairobi's political arena?

From history, the environment has not been conducive for women to thrive in elective politics. It was a male-dominated field. Women fear for their security and personal safety and we also have very few strong-willed women.

There is the issue of lack of campaign funds.  Nairobi is the most cosmopolitan electoral area. It sets the pace and precedent politically and has significant exposure of its electorates.

What was your biggest achievement while serving as a nominated MCA?

I lobbied for a bursary fund kitty. Over the years the kitty has been used to cater for school fees for needy students from vulnerable families.

You could have chosen another position. Why the woman rep seat?

The position will facilitate my desire to capacitate women in Nairobi where we are pacesetters through financial literacy and social-economical empowerment.

Last but not the least I am passionate about women issues.

Campaign financing is a major obstacle for many aspirants, how will you finance your campaign and do you in any way plan to support young aspirants?

This journey started before last year. I have been preparing myself with all the requirements needed for the campaigns.

My family and well-wishers have pledged to support my campaigns which already started.

Yes, I’m supporting the youth and women financially and morally, especially the ones vying for MCA's position.

In case you lose the Azimio nominations, what is your plan B?

I only have plan A and that is winning, and my B is back to my A.

They are seen as frontrunners and have already embarked on grassroots campaigns.
Counties
4 months ago

We will square it out in nominations, Wangui B tells Passaris

Wangui wants Raila and ODM to call for free and fair nominations under the Azimio la Umoja movement.
News
5 months ago
“WATCH: The latest videos from the Star”
by MAUREEN KINYANJUI News Reporter
Nairobi
21 February 2022 - 22:00