BRT Line 2 will need 660 high capacity electric buses, with the government expected to procure 100 in the next few months.

• PS Hinga revealed that the BRT Line Two which is 70 per cent complete will be implemented in two phases that will be preceded by the pilot phase.

• The Stecol Corporation, formerly known as SinoHydro Tianjin Engineering Company Ltd has been contracted to construct the BRT. 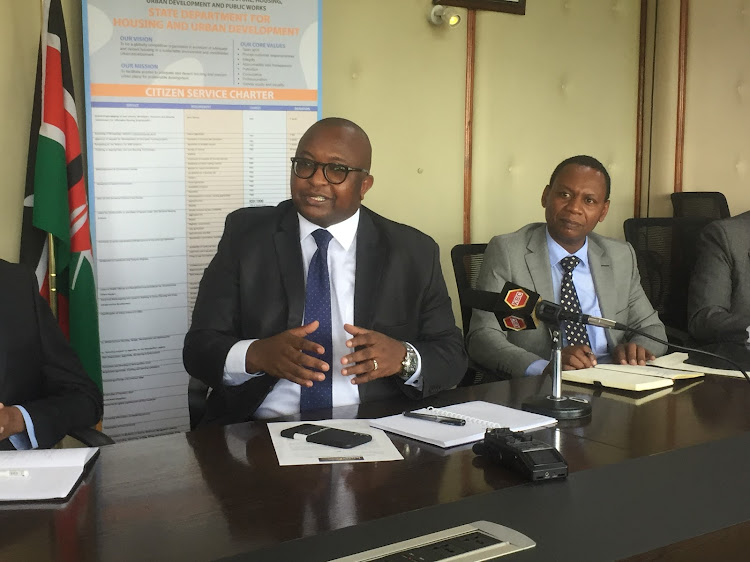 It will cost you a minimum fee of Sh150 to use the long-awaited Bus Rapid Transit, which is yet to be launched.

This is as the pilot phase of the BRT line 2 which runs from Kennol- Thika – Ruiru- Central Business District (CBD)- Langata Road- Bomas to Rongai is set to start in July this year.

The Nairobi Metropolitan Area Transport Authority Director-general, Engineer Francis Gitau on Wednesday said the charges will only apply during the test runs, despite the distance covered and will be adjusted once the test runs are concluded.

“Line 2 which will be 27 kilometres once completed will cost passengers Sh150 during the trials which will start at Kasarani and terminate at Kenyatta National Hospital,” he said.

Once done with the test runs, the government will go back to the drawing board and look at what can be changed to make phase one more effective.

The Namata boss spoke during a press briefing at Ardhi house, where he was joined by the State Department of Housing and Urban Development Principal Secretary (PS) Charles Hinga.

The Stecol Corporation, formerly known as SinoHydro Tianjin Engineering Company Ltd has been contracted to construct the BRT. 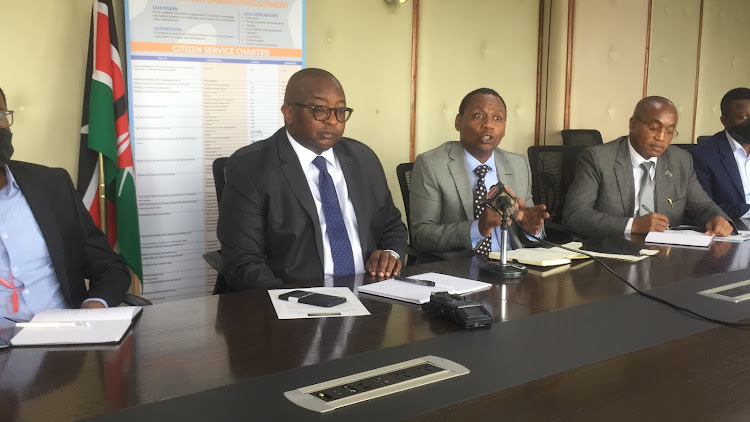 PS Hinga revealed that the BRT Line Two which is 70 per cent complete will be implemented in two phases that will be preceded by the pilot phase.

Phase One (pilot) will start from Kasarani to KNH while the second phase will begin from Ruiru and terminate at KNH.

Line two will consist of 13 intermediate stations with 24 platforms.

A park-and-ride facility is also being erected at Kasarani, giving a parking platform for motorists heading to the CBD to leave their vehicles and use BRT buses for the remainder of the journey.

Addressing queries that work along Line 2 had stalled, the PS said work is still ongoing at the factory.

“What we are doing is that we are working at the factory as the only thing that is remaining are structures which once complete they be delivered on-site and the fitted,” Hinga added.

He noted that the 10 footbridges are currently being adjusted by adding staircases in the middle, to allow for passengers entering and exiting the stations.

Once operational, BRT Line 2 will need 660 high capacity electric buses, with the government expected to procure 100 in the next few months.

The high capacity electric buses are expected to reduce the cost of public transport, as well as the country's carbon footprint.

“The initial fleet is 100 but going up to 300 in subsequent orders. We are targeting June or July. Local content is minimum 40 per cent,” Hinga added.

Namata had earlier this month invited manufacturers to bid for the supply of 100, 12-metre buses.

The PS however, indicated that the initial batch will run on biodiesel but the government is looking at operating fully electric buses once the power infrastructure is in place.

“As the government, we want to lead from the front when it comes to climate change. We have an opportunity to move from rhetoric to actualising this aspiration.”