• Kikuyu elders under the umbrella of Kiama Kiama endorsed Guyo, giving him blessings to run for the parliamentary seat.

• He has served as Matopeni MCA for almost 15 years. 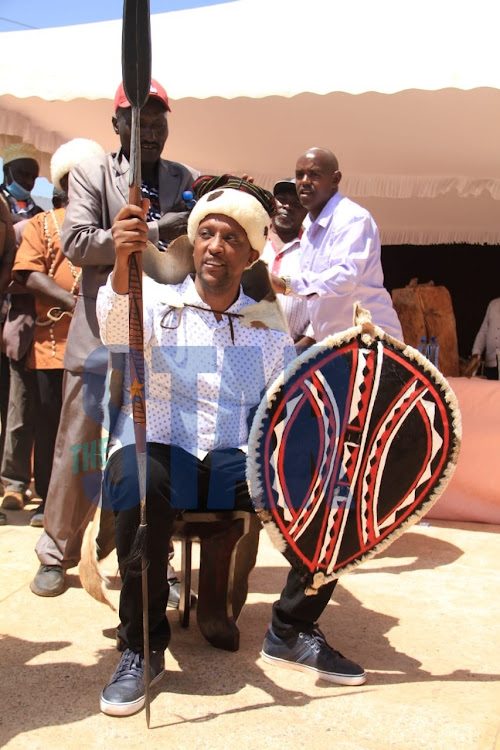 Nairobi County Assembly Majority leader Abdi Hassan Guyo has been endorsed by elders, as he seeks to usher in new leadership in Embakasi Central constituency.

The ceremony which took place in Ruai started by the Borana council of elders handing the legislator to Kikuyu elders.

Kikuyu elders under the umbrella of Kiama Kiama endorsed Guyo, giving him blessings to run for the parliamentary seat.

Receiving the 40-year-old MCA, the elders recited a prayer while facing Mt Kenya direction. An elder going by the name Mwangi concluded by saying, "We have now blessed you and given you the go ahead to campaign and knock every door as you look for votes."

Without disclosing  which party  he will seek nominations from, Guyo said he was ready and upto the task to represent the interest and welfare  of the Embakasi Central residents.

Giving his remarks, Guyo said his vision if elected MP, will be to restore the lost glory of Embakasi Central which has been under the leadership of Benjamin Mwangi for the last five years.

“Being raised by a single mother, I have faced a lot and I know what it means for one to lack. If elected MP, I will be available to the residents of Embakasi Central when they come knocking for any assistance,” he said.

The Majority leader also pledged to prioritise CDF projects that will be beneficial to his constituents.

"I will not prioritise constructing a perimeter wall whereas the school lacks enough classrooms. Priority must be considered,” Guyo noted.

Restoration of security will also be top of his agenda once elected into office.

"The best gift in life for children  is to give them an opportunity  to get  educated . That is the joy of every parent," he noted.

To transform  Embakasi  Central  to a 24hour  economy driven  constituency,  the legislator vowed to ensure security  will be enhanced.

"I have already installed streetlights  which has provided safety in Matopeni area and more will be done to the rest of the wards If elected  to lead the constituency," Guyo added. 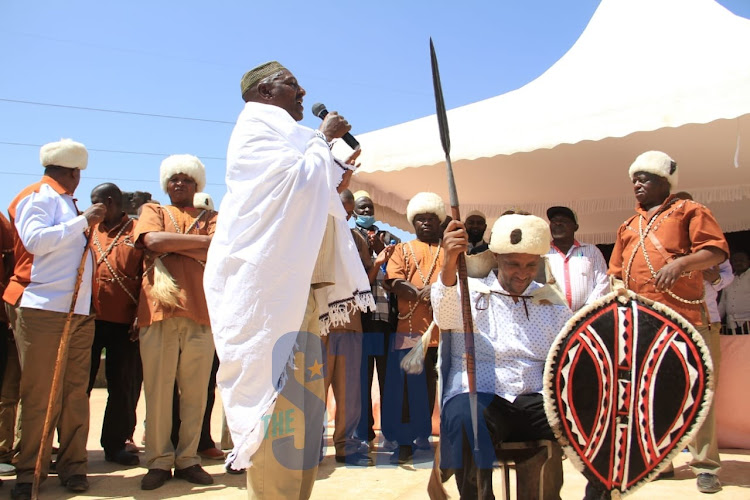 He has served as Matopeni MCA for almost 15 years.

The legislator is also set to launch an empowerment project in Embakasi Central that is targeted towards uplifting youths and women in the area.

Hailing from the Sakuye community in Isiolo County, Guyo has been a two-term MCA under Jubilee Party and the then National Alliance (TNA).

In the last county assembly from 2013-2017 under the regime of former Governor Evans Kidero, he was the Minority leader.

The 40-year-old city politician is said to have the ear of Uhuru which has also been visibly seen with the flow of events in Nairobi.

Guyo has also led the Jubilee side of the assembly pushing the governments agenda and showing support to the Nairobi Metropolitan Services headed by Director General Lieutenant General Mohamed Badi.

Both camps are scheming how to outdo each other in the battle to control Nairobi politics.
Counties
10 months ago

Luhya community drawn from ODM says Nairobi's top seat is what they want.
Counties
10 months ago
Post a comment
WATCH: The latest videos from the Star
by MAUREEN KINYANJUI News Reporter
Nairobi
27 January 2022 - 16:34
Read The E-Paper