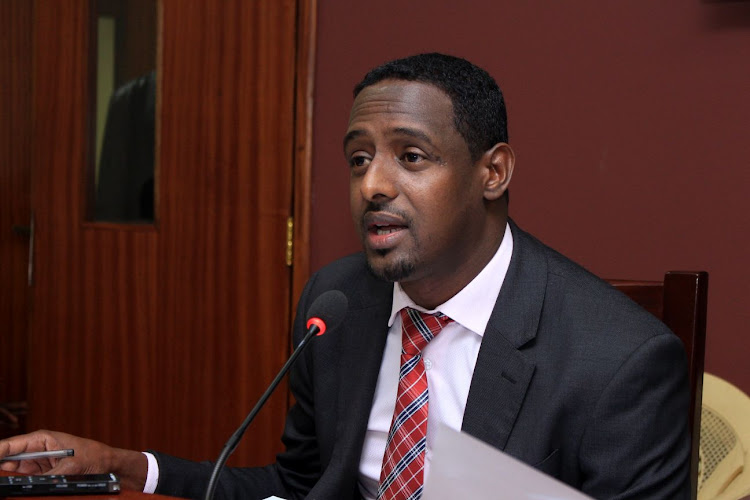 He was picked to be the Deputy Secretary General in charge of operations after the party had nominated him and published his name in the list of party officials in December last year.

However, Sahal who is the current Chief Officer for Finance through a letter dated December 3, 2020 turned down the offer noting that it would amount to a conflict of interest given his role as a public officer.

"Thank you for offering me the position. Unfortunately, I have decided to turn it down as it isn’t the right fit for me because I am a public officer,” read the letter.

The chief officer had been picked to replace Ruth Ondicho and be part of the team responsible in managing Ruto's presidential campaigns.

“Kindly communicate the same to the Registrar of Political Parties. I wish you all the best in finding someone suitable for the position,” the letter further reads.

“…We regret that you are not able to take up this position. However,  we respect and accept your decision on this matter and we shall forthwith request the Registrar of Political Parties to degazette you from the list of our NEC members,” she said through a letter on the same date.

Kirwa Rono was appointed as the deputy chairperson in charge of Operations. While Eliud Owalo took deputy secretary-general in charge of Strategy.

Sahal graced the City Hall in April 2018, after he was vetted and appointed as a Chief Officer.

In the last five years, he has served as Chief officer of various departments including health, finance, urban planning and others.

Mc Jessy will be vying for Imenti South parliamentary seat on a UDA party ticket.
News
4 months ago

UDA trains guns on Matiang'i over Sunday's violence in Nairobi

The party is accusing the CS of inaction because of his ties with Raila
News
4 months ago
by MAUREEN KINYANJUI News Reporter
Nairobi
20 January 2022 - 22:00