He claimed his former allies advised him to pick a fight with President Uhuru.

•He narrated how men go through hardship and fail to open up or seek help.

•He claimed his former allies advised him to pick a fight with President Uhuru. 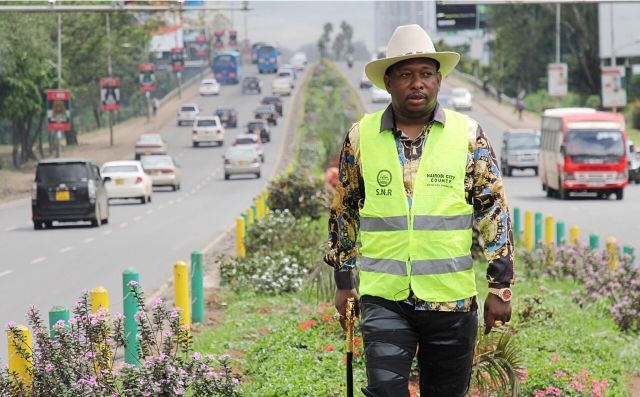 ONE-MAN SHOW: Mike Sonko during an inspection of the Uhuru Highway beautification when he was governor.
Image: MAUREEN KINYANJUI

Former Nairobi Governor Mike Sonko has revealed how he almost committed suicide after his close friends allegedly sold him out leading to his ouster at City Hall.

Sonko said this while paying tribute to the late Capital FM DJ Lithium, who died on Thursday morning under unclear circumstances.

The former governor took to his social media accounts and narrated how men go through hardship and fail to open up or seek help.

“We (men) at times we go through a lot of stress and depression and don't open up to friends. Women discuss their issues with fellow women,” he said.

Sonko revealed he almost killed himself following bad advice from his friends at City Hall.

“There was a time I almost committed suicide at City Hall after realising that my close friends at the county assembly and one from EALA sold me out. They incited and advised me to pick a fight with the Head of State over the changes at City Hall," he said.

The former County boss claimed that his former allies advised him to pick a fight with President Uhuru Kenyatta but went behind his back and rooted for his impeachment.

“They advised the president that I should be removed,” Sonko said.

He urged people to be careful with those they refer to as close friends, noting that many pretend to be loyal but are after their downfall.

Sonko has been blaming his former friends for his misfortunes.

He also alleged that the friends now turned foes, duped him to not sign the first budget that was to be given to the Nairobi Metropolitan Services.

Former governor declined to reveal whether or not he will go back to politics.
News
5 months ago
‘News is depressing, highlight solutions’
by MAUREEN KINYANJUI News Reporter
Nairobi
20 January 2022 - 11:55