• Wanyonyi, who launched his candidature last month, has said he will vie on the ODM ticket.

• Kagure, who also launched her candidature early this month, is a Jubilee Party member as well as Governor Kananu. 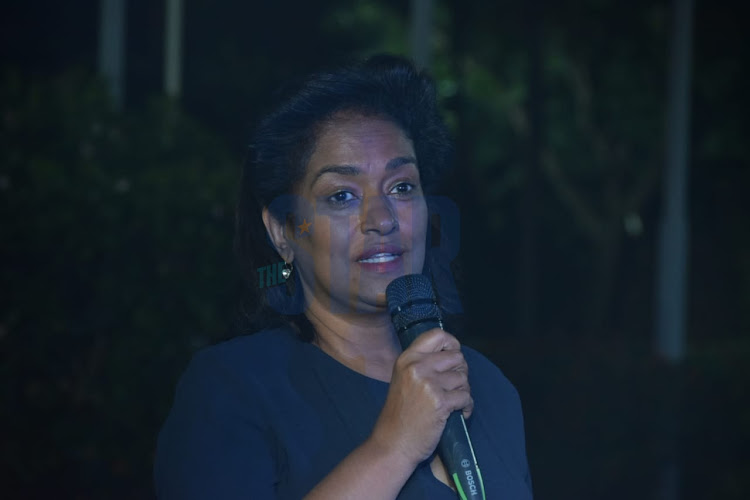 This, she believes, will make it easy to pick the best candidate out of the many who are battling for the ticket.

"I would suggest that we do a proper opinion poll and the best one wins the ticket under Azimio la Umoja," Passaris said.

They have all rallied behind Raila Odinga's Azimio La Umoja Movement.

Wanyonyi, who launched his candidature last month, has said he will vie on the ODM ticket.

Kagure, who also launched her candidature early this month, is a Jubilee Party member as well as Governor Kananu.

The other aspirants who are yet to launch their bids but have shown interest include Nairobi Senator Johnson Sakaja (Jubilee member but allied to ANC leader Musalia Mudavadi), Makadara MP George Aladwa (ODM ) and former Starehe MP Bishop Margaret Wanjiru ( UDA and allied to Deputy President William Ruto).

Passaris, however, backed Wanyonyi, urging Nairobi  residents  to vote for him.

She described him as Nairobi's  most hardworking MP, who has delivered  and served his constituency for the last 15 years.

“Disability is not inability. Among  all the MPs in Nairobi, I have  seen the work of Tim and  he is a hard worker  who has served Westlands well and wants to take his leadership higher and serve the residents of Nairobi,"  Passaris  said.

The MP condemned tribal voting patterns, saying it was against what the handshake has promoted.

She said the county's top seat does not belong to any tribe  but to the person Nairobi residents will elect.

"Lakini sasa kuna wale wanasema hii kiti lazima ikae na Wakikuyu (There are those claiming Nairobi governor's seat must be held by the Kikuyu). For me that is tribalism  because it goes against what Raila and President Uhuru Kenyatta  are promoting through Azimio la Umoja," she said.

Most of the aspirants have already embarked on their campaigns.

It is expected that in the coming days, the governor race will get intense with more players joining.

I'll not step aside for anyone in gubernatorial race, MP Wanyonyi maintains

Nairobi voters should be left to decide who becomes their governor on 9 August.
News
1 year ago

Incumbents and the aspirants have started ‘kwa ground’ tours and talks to woo voters.
Counties
1 year ago

After Sonko disaster, will Nairobians put another joker at City Hall?

Three women are in the race plus Senator Sakaja, MP Wanyonyi and billionaire businessman Ngatia.
News
1 year ago
Post a comment
WATCH: The latest videos from the Star
by MAUREEN KINYANJUI News Reporter
Nairobi
17 January 2022 - 22:00
Read The E-Paper