It's accused of violating the Environmental Management Act, 1999 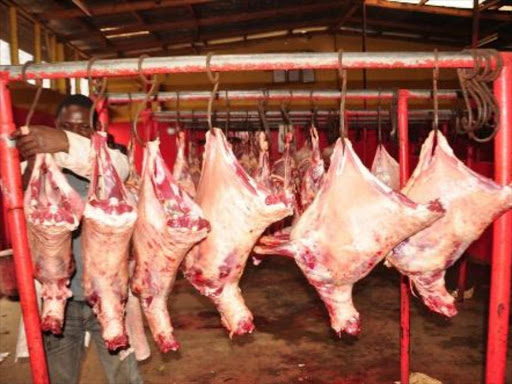 The Nairobi county assembly has recommended the immediate closure of the famous Kiamaiko goat slaughter house.

It has proposed that a 14 days notice be issued for the traders to vacate and relocate to other facilities.

The slaughterhouse is said to be in violation of provisions of the Environmental Management Act, 1999 on pollution.

The recommendations are contained in a report by the Nairobi County Assembly Sectoral committee of Environment and Natural resources that was adopted by the house last week.

This is however not the first time that the government is calling for the immediate closure of Kiamaiko slaughterhouse.

Kiamaiko is in Eastlands, 12 kilometres from the city centre. The traders moved to the site now popular with goat meat consumers in 1996.

In 2015, in a bid to clean up Nairobi River, the National Environmental Management Authority ordered the closure of the slaughterhouse.

Three years later, a similar order was given on April 24, 2018. The structures were said to lack pre-treatment facilities and channeled waste directly into Nairobi River.

The county government had planned to relocate the traders from the filthy slaughterhouses to a cleaner, modern and spacious abattoir situated at Njiru ward.

However, traders feared the relocation would lead to losses.

This caused delays which continue to contribute to illegal effluent discharge into the Nairobi River.

"The continued pollution of Nairobi River as instigated by the Kiamaiko slaughterhouses waters down the objectives of the Nairobi Rivers rehabilitation and restoration programme on sanitation,”the report reads.

Consequently, the committee led by its chairperson John Kamau and the Environment executive Larry Wambua conducted several site visits to the slaughterhouse, with the latest one on October 26.

The core objective of the said inspection visits was to inspect, establish the baseline conditions and advise on the environmental status of facilities under investigation.

It was discovered that the facilities at the slaughterhouses lacked an effluent treatment facility.

“The solid waste from the slaughterhouses such as condemned meat, dung, skins, horns, lines and carcasses are openly disposed,” the report reads.

The facilities at the slaughterhouse also lacked proof of contracts with licensed waste service providers.

According to the committee, the presence of solid waste at the drains leading to the sewer line is a clear indication of improper solid waste disposal.

"It recommends the wind up and immediate relocation of the Kiamaiko slaughterhouse to avoid further environmental pollution,” the report read.

In September 2019, a similar joint inspection was conducted by the county departments of Environment, Health, Agriculture, Water and Planning and MCAs from related committees.

The team found 15 filthy and unlicensed slaughterhouses which were ordered to close.

It also established that there were 14 unsanitary structures used illegally for meat storage with illegal power and water connections.

The county was said to be losing water and revenue due to these illegal connections.

The Water department said the city loses Sh3.7 billion to non-revenue water annually. This translates to about 40 per cent of the total supply.

As a result, the county government has been urged to arrest and prosecute the proprietors for the violations of the provisions of the Environmental Management and Co-ordination. Act, 2015.

It was also urged to restore the environmental condition of the area and the riparian areas.

“The Nairobi government should organise a cleanup exercise aimed at drainage clearing, waste removal and disposal to the designated sites,” the report reads.

Post a comment
WATCH: The latest videos from the Star
by MAUREEN KINYANJUI News Reporter
Nairobi
06 December 2021 - 22:00
Read The E-Paper