Some 439 crashes have been recorded, up from 397 last year 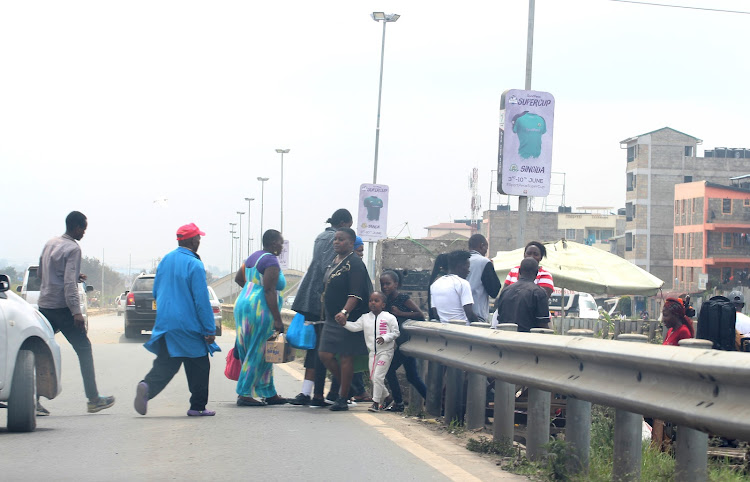 Nairobi county leads in road accidents, according to the latest National Transport and Safety Authority report.

Statistics from NTSA reveal that 439 road crashes were recorded from January to October 31. This is an increase of 42 cases from the 397 recorded in the same period last year.

Kiambu county came second having recorded 373 road crashes followed by Nakuru at 295, Machakos at 180 and Murang'a at 132.

Outering Road and Thika Superhighway have been named Nairobi's most dangerous roads by the NTSA report.

Despite the dualling of the 13km Outering Road, it has recorded the highest number of road accidents this year.

Outering Road has recorded 37 accidents from January to October 31, followed by Thika Super Highway with 34.

Waiyaki Way and Mombasa Road which have been under construction due to the Expressway, have recorded 31 and 29 accidents respectively.

Northern Bypass has recorded 25 accidents, followed by Eastern Bypass with 24, Southern Bypass at 23 , Kangundo Road at 21 and Ngong Road at 20.

In August, The national government was urged to erect barricades to forestall recurrence of accidents along Outering Road.

There had been an uproar over an increase in pedestrian fatalities and accidents along the road.

Embakasi West George Theuri said that accidents and deaths along Outering Road especially between former Taj Mall and Allsops have increased, to almost a daily basis.

He said at least four pedestrian fatalities are reported every month as a result of commuters disregard of footbridges.

“Pedestrian accidents are reported to my office by residents on a weekly basis. Most of them fault pedestrians who refuse to use the footbridges,” he said.

This is despite the Kenya Urban Roads Authority, having set up at least 11 footbridges across the 13km stretch.

The dualling of Outering road was a Sh8.5 billion project, launched by President Uhuru Kenyatta in January 2015. It was funded by the African Development Bank and the state.

In terms of road user group NTSA data reveal that pedestrians top the list with 233 having died due to road crashes in Nairobi.

Motorcyclists come in second having recorded 88 crashes, followed by passengers at 47 , drivers -34, pillion passengers -26 and pedal cyclists at 11.

By design, Outering Road has a narrow but slightly deep ditch which makes it difficult for people to cross through.

However, pedestrians risk crossing the busy road at undesignated zones evading the footbridges.

Concerns had been raised that hawkers have completely evaded some footbridges, making it almost impossible to utilise them.

However, Theuri said that it is a lame excuse as having to manoeuvre through the 'crowded' footbridge is more important than having to lose one's life through an accident.

“ One cannot say they prefer risking because hawkers have crowded the footbridge. That is a lame excuse because the footbridges are passable but some pedestrians tend to prefer using shortcuts,” he added.

Last month, the Kenya Urban Roads Authority and the police conducted an exercise that saw at least 300 people arrested for crossing at undesignated points along major Nairobi roads.

Majority of those arrested for crossing at undesignated points were along Outering Road and Mbagathi Way now known as Raila Odinga Way.

Outering Road has been making headlines in the past two years leading in number of accidents between 2018 -2019.

In June 2018, the NTSA ranked Nairobi’s Outer Ring Road as the most dangerous highway in the city.

In August 2019, Outering Road came in second after data from NTSA ranked Mombasa Road as the deadliest.