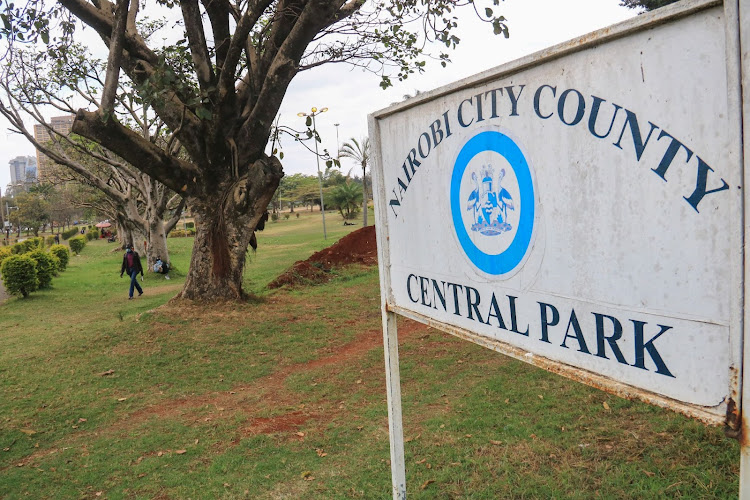 As part of strategy to decongest Uhuru and Central parks, the NMS has identified 76.01 acres within the county to be converted to recreational spaces.

According to the directorate of Environment, this is also part of efforts to maintain and enhance  the city's beauty.

In Embakasi East, NMS has marked 31.73 acre Jacaranda Grounds, which is located near Jacaranda estate, while in Kamukunji there is are 7.27 acres available for recreational space.

The two grounds have always been a favourite spot for political campaigns.

The Westlands Botanical Garden that sits on 10.21 acres and located near Mwani Road has also been identified as a possible recreational park.

There is also the Kasarani riparian reserve located next to EABL Company in Kasarani subcounty.

In Kibera, there are two pieces of land, 22.2 acres each, along the Southern Bypass, and 4.3 acres located between NHC Housing and Jonathan Ngeno estate that will be converted to recreational parks.

“All these [are available] spaces, especially those located within the neighbourhood,” Njeri said.

In 1990s, public spaces featured prominently in Nairobi’s Urban Planning Master Plan occupying 29.25 per cent of the total land within the planning boundary.

A report by the UN-Habitat Kenya dubbed the 'Nairobi City County Public Space...Report in September 2020' said that the capital city has more than 826 public spaces comprising 99 playgrounds, 51 sports fields, 15 parks and 19 gardens, among others.

However, the public open spaces are getting less visible and are under threat of being wiped out.

The arboretum forests within the city centre, however, still exist, with Karura and Ngong forests located within the boundaries of Kiambu and Kajiado.

However, the public spaces have been shrinking due to poor maintenance and neglect as well as rapid population growth and urbanisation.

This led President Uhuru Kenyatta on June 5, 2020 to direct the Environment ministry, NMS and Kenya Forest Service to reclaim and conserve natural public land in the capital.

Some of these parks have been turned into dumpsites and havens for criminals who terrorise city residents.

City Park, which was a target of land grabbers, was last year restored and placed under KFS management.