Gikomba traders to be evicted for health centre expansion

• He said those criticising him for reclaiming public land. 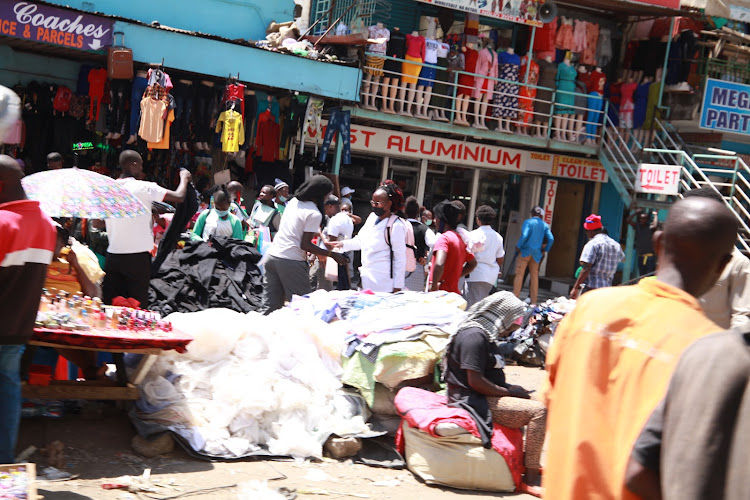 Hundreds of Gikomba traders are staring at a possible loss of their only source of livelihood as they face eviction from Nairobi’s biggest open-air market.

However, to pave way for the expansion to take place, a section of secondhand clothes traders will have to be evicted, meaning they will lose their trading place, which some have occupied for more than 40 years.

NMS is planning to upgrade and equip Pumwani Majengo dispensary to a Level 3 facility.

A  Level 3 facility is a health centre and is run by at least one doctor, clinical officers, and nurses offering outpatient, VCT, tuberculosis, laboratory, antenatal and postnatal services, curative treatment, and referrals to other facilities.

Also, it contains a theatre that allows expectant mothers to give birth which would help in decongesting Pumwani Maternity Hospital.

The plan is contained in the Nairobi County Annual Development Plan for the financial year ending June 30, 2023.

Some  174 traders had moved to court to block NMS from interfering with their occupation pending a case hearing.

The traders from Gacucu in Gikomba market were led by Francis Kimathi.

However, NMS argued that the area occupied by the traders is part of the hospital as they had encroached on the land that at the moment is marked for expansion of the health facility.

“As a result of the encroachment, they have not only blocked access to the health facility, but also the sewerage system that serves the hospital,” said Stephen Mwangi, NMS Deputy Director in Charge of Land.

Justice Oguttu Mboya said if the order would be granted it would also delay the right to universal healthcare that would be made available from the intended upgrade of Pumwani health centre.

The judge also argued that the government is also obliged to issue and serve the traders with the requisite notices as much it is entitled to recover land.

Frequent, unexplained fires in Gikomba market have become the norm and no arrests have been made.

The latest fire this year was experienced on October 19, barely two months after another fire that prompted the traders to sue the county government over frequent fires.

Seeking to solve the solution, Nairobi County Government and the National Government resolved to build a new five-storey Gikomba market at a cost of Sh3 billion.

However, the annual Gikomba fires appear to be a "routine" that has not been solved.

Gikomba traders will however not be the first to be evicted to pave way for development projects.

In April last year about, 5,000 residents in Kariobangi North estate were left homeless after the government flattened homes where they had lived for 12 years. The state was repossessing the grabbed Dandora Estate Waste Sewerage Plant land.

On May 8, the national government said it had suspended further demolitions for four months as the country fights Covid-19.

However, barely two weeks later, at least 1,500 city residents were forced to spend a night in the cold in heavy rain following Ruai demolitions.

They were said to be living on the disputed 3,000 acres meant for expansion of the Sewerage Treatment plan in Ruai.

When demolitions commenced in April, residents obtained a court order stopping the evictions and demolitions.

The demolitions were carried out as Covid-19 cases rose daily. A curfew was imposed and Nairobi was classified as a “diseased zone", with four other counties.

Residents claimed there was no prior notice of the demolitions, which caught them off guard, with little time to salvage their belongings

He said those criticising him for reclaiming public land for sewerage were against development to benefit residents of low-income areas.