• Kananu said arresting her and staff members would be an abuse of the criminal justice process as it was intended to embarrass them. She moved to court to stop arrest. 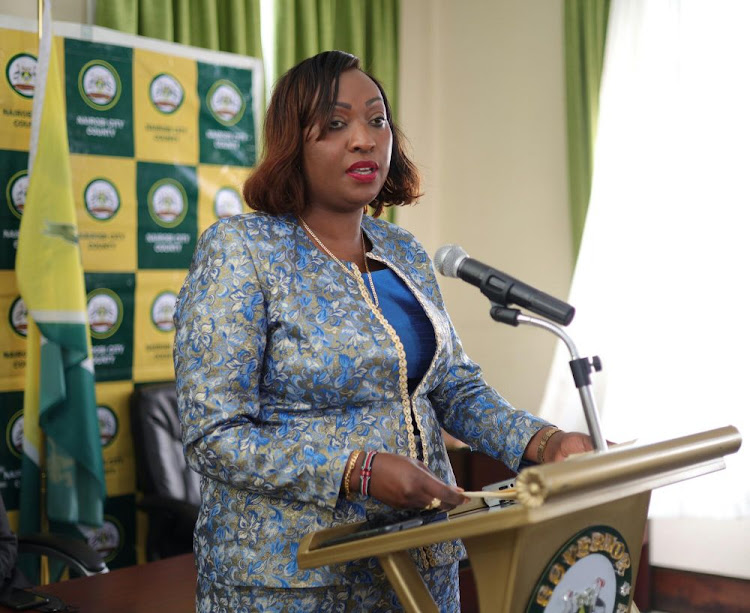 Less than a week after being summoned over a tax dispute, Nairobi Acting Governor Ann Kananu has paid Sh1.5 billion to the Kenya Revenue Authority on behalf of the county.

She was facing arrest over Sh2.1 billion arrears demanded by the taxman from the county government.

Speaking at City Hall on Monday, Kananu said the county was committed to clearing all arrears.

“We have been able to pay partly Sh1.5 billion as we are working closely with the national government. We assure KRA we are going to fulfill the agreement we made as the county government," she said.

Deputy governor Kananu, finance executive Allan Igambi and former chief officer for finance Halkano Waqo were to appear before DCI officer-in-charge of the KRA Unit Purity Nkiiri the following day. They did not show up.

Kananu moved to court to stop her arrest.

She said their arrest would be an abuse of the criminal justice process and said it is intended to embarrass them.

DCI said it has reason to believe the three officials are either connected with the offence or have useful information about it to aid in investigation.

Through her lawyer Thomas Letangule, Kananu said the tax arrears demanded by KRA were accumulated since 2011 when she was not in office.

In ongoing negotiations, the county on July 7 committed to pay Sh250 million monthly to KRA.

The county said it intends to honour the remaining debt by making payments in installments.

KRA was  appointed the principal county revenue collector on March 16, 2020, as part of the agreement in the Deed of Transfer of functions of the county to the national government's Nairobi Metropolitan Services.

The taxman was tasked with improving collection. Since the advent of devolution, City Hall has barely collected Sh10 billion annually.

Noting that it was  the first full year with KRA in charge of the collection, Sh9.7 billion was collected, compared with Sh8.5 billion in FY 2019-20.